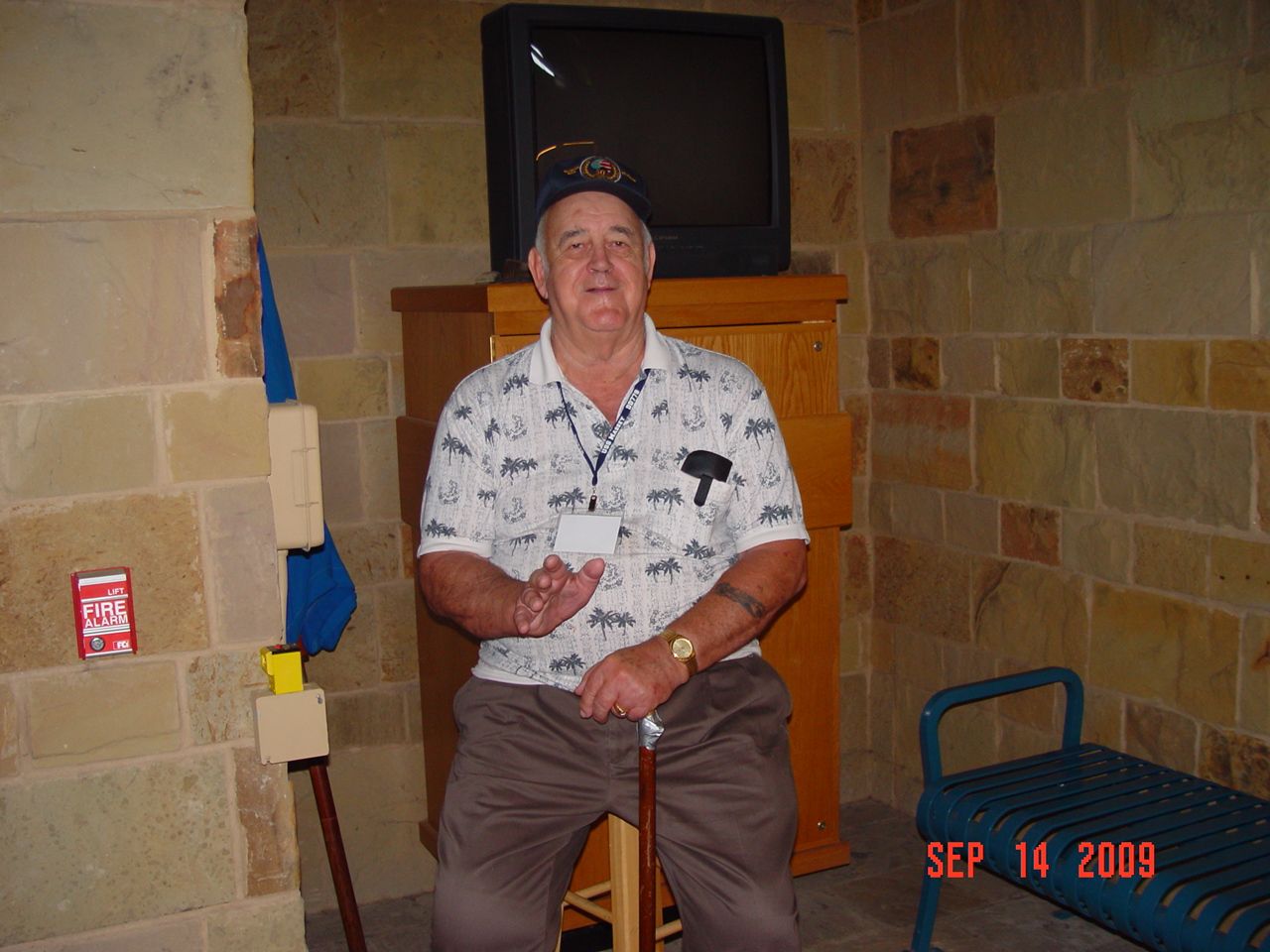 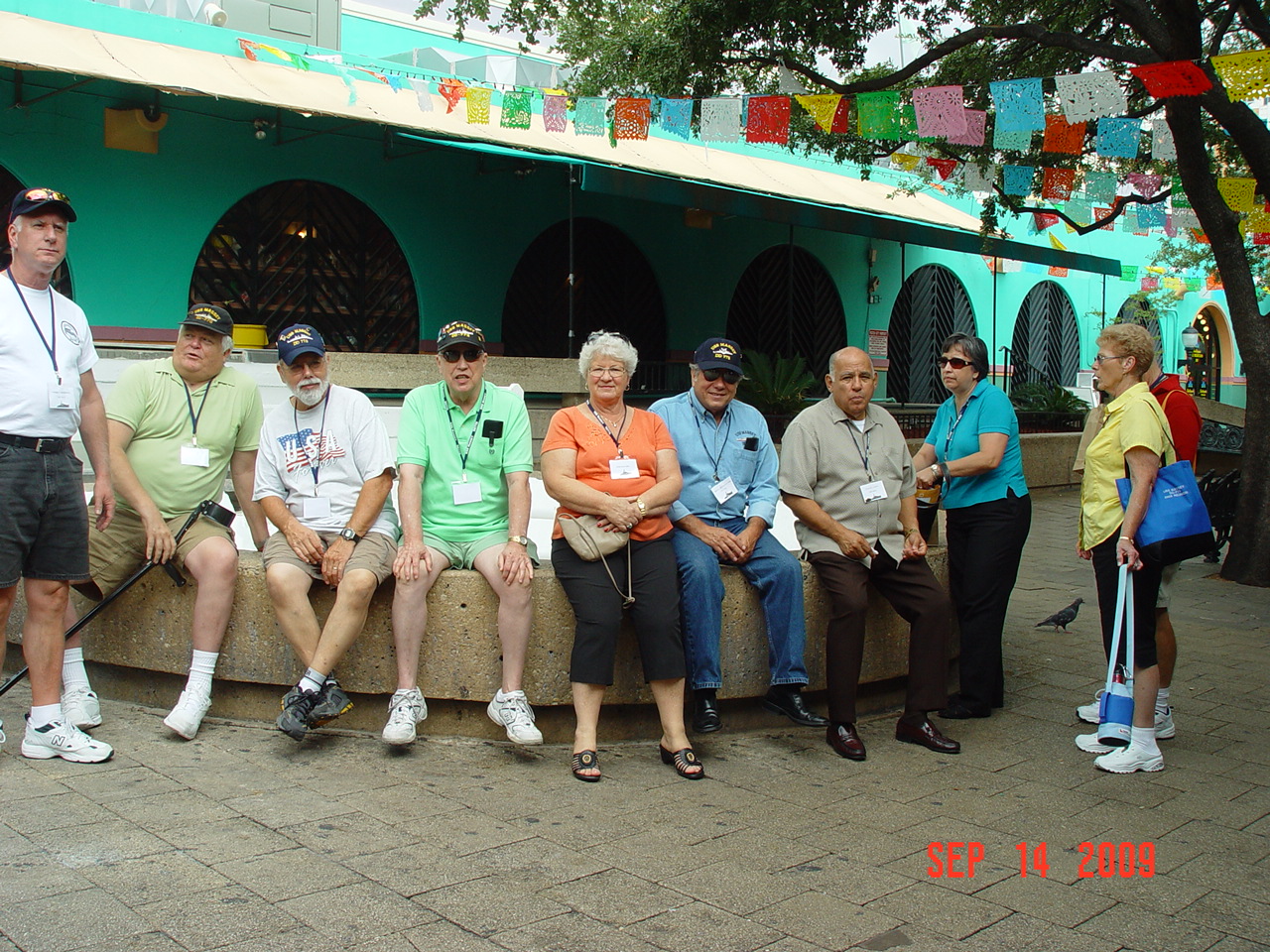 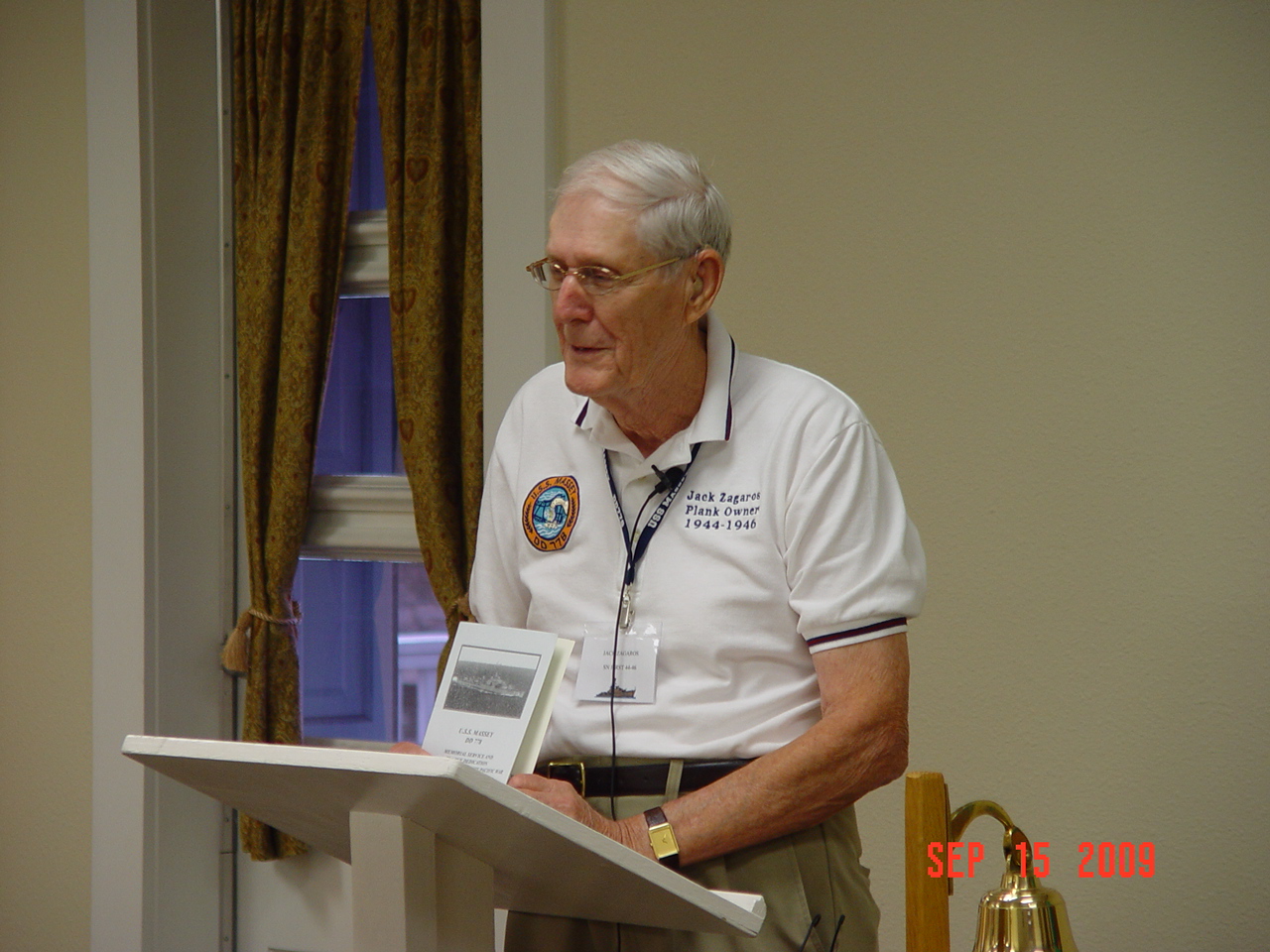 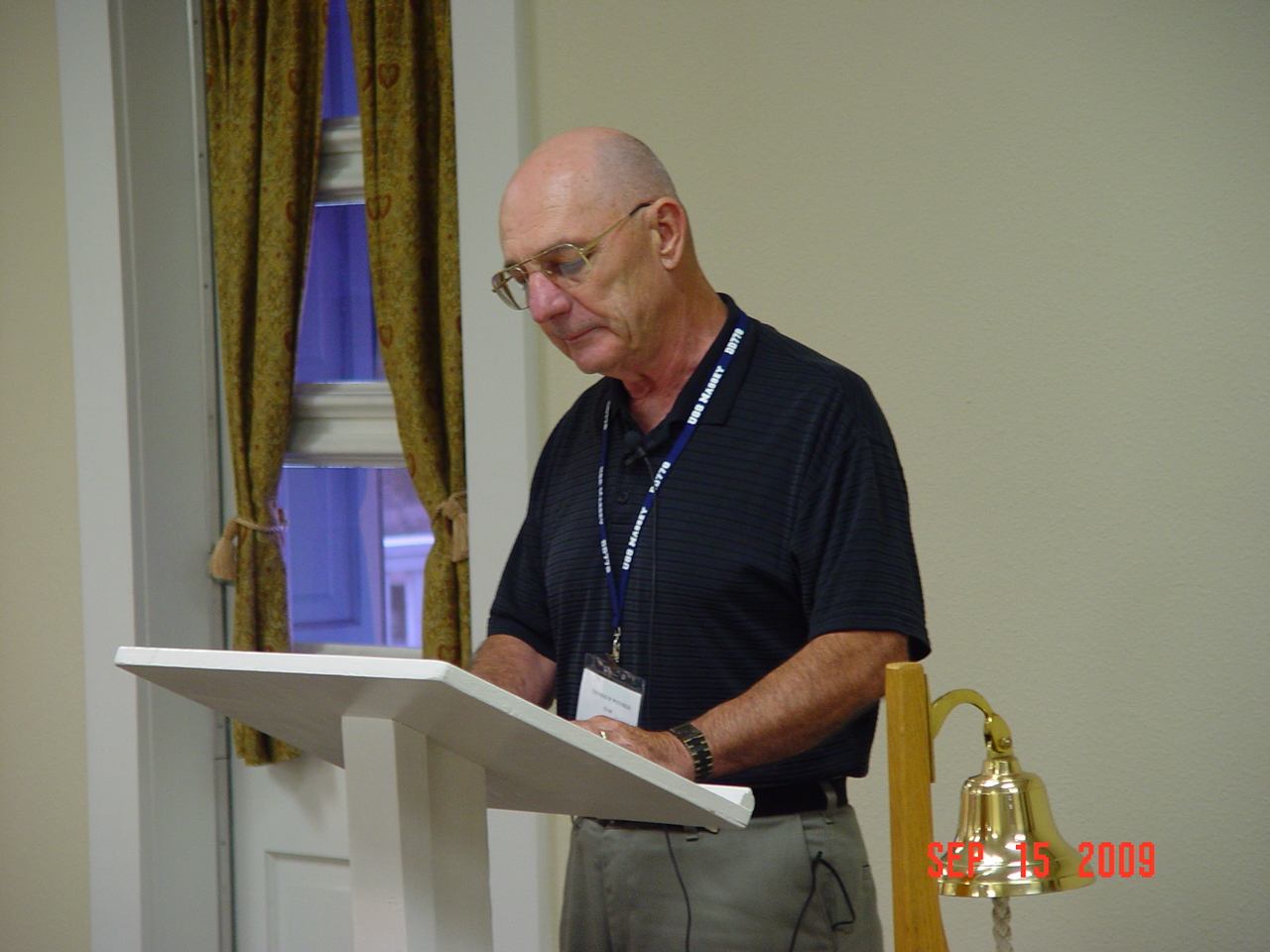 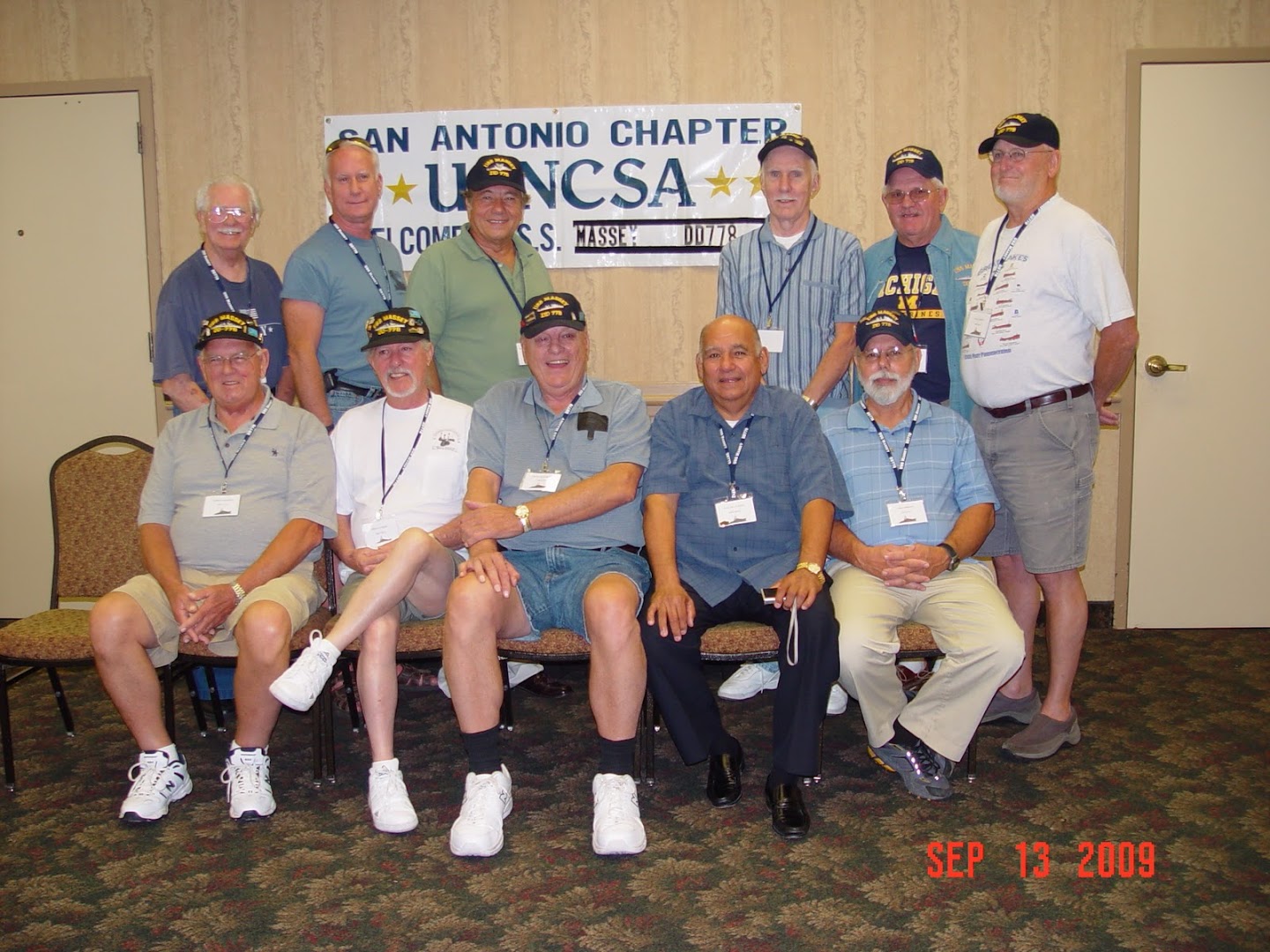 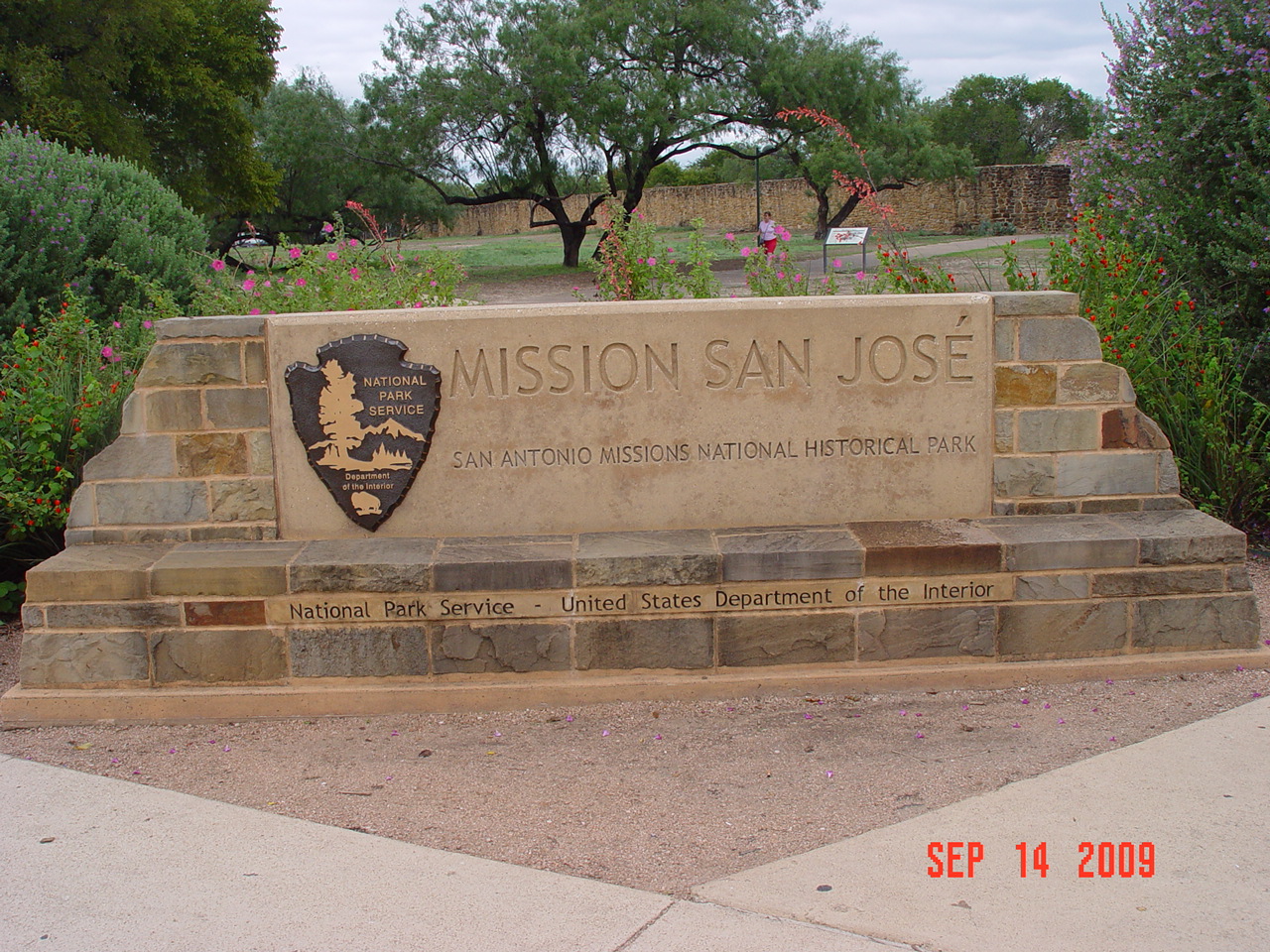 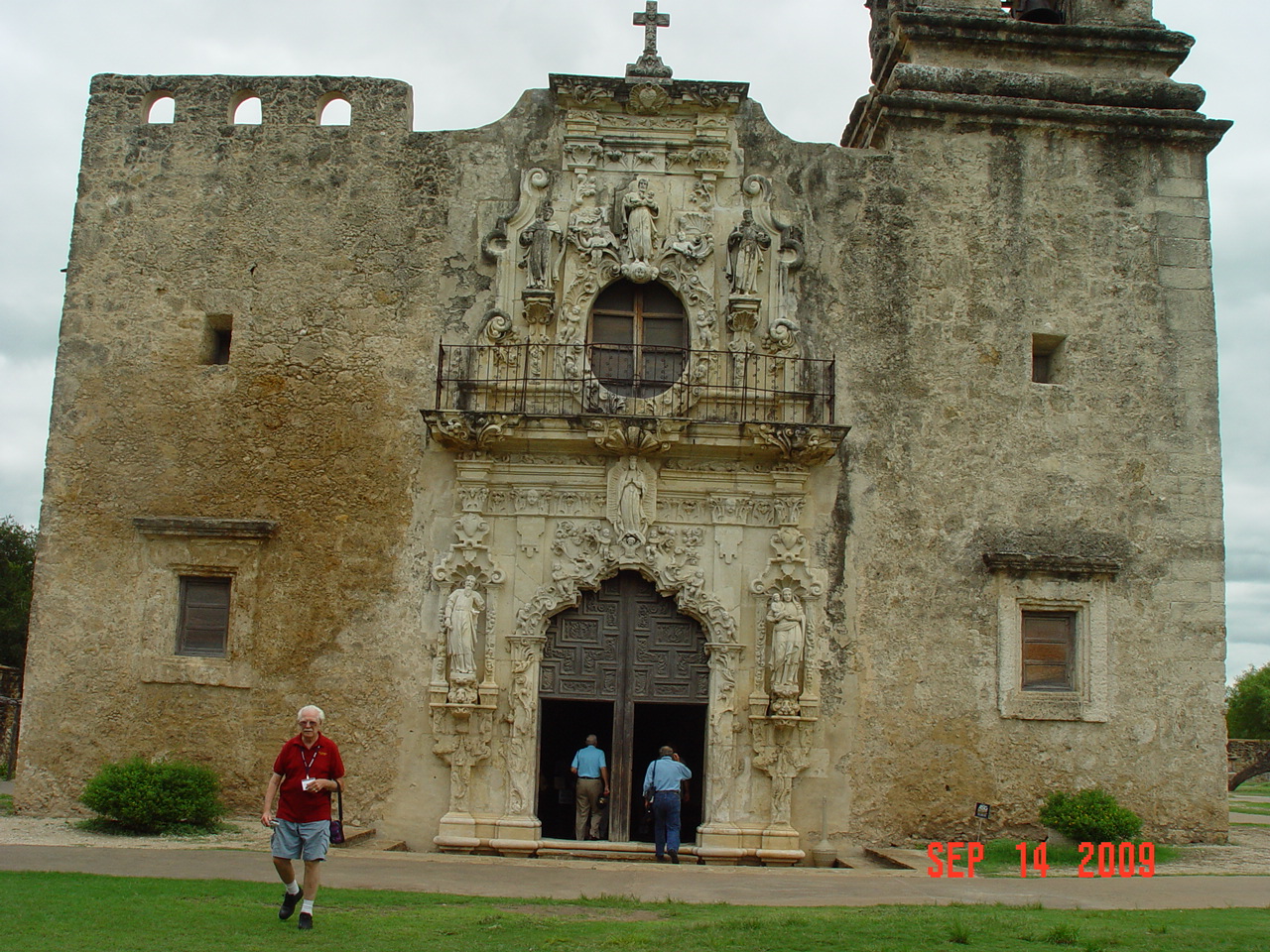 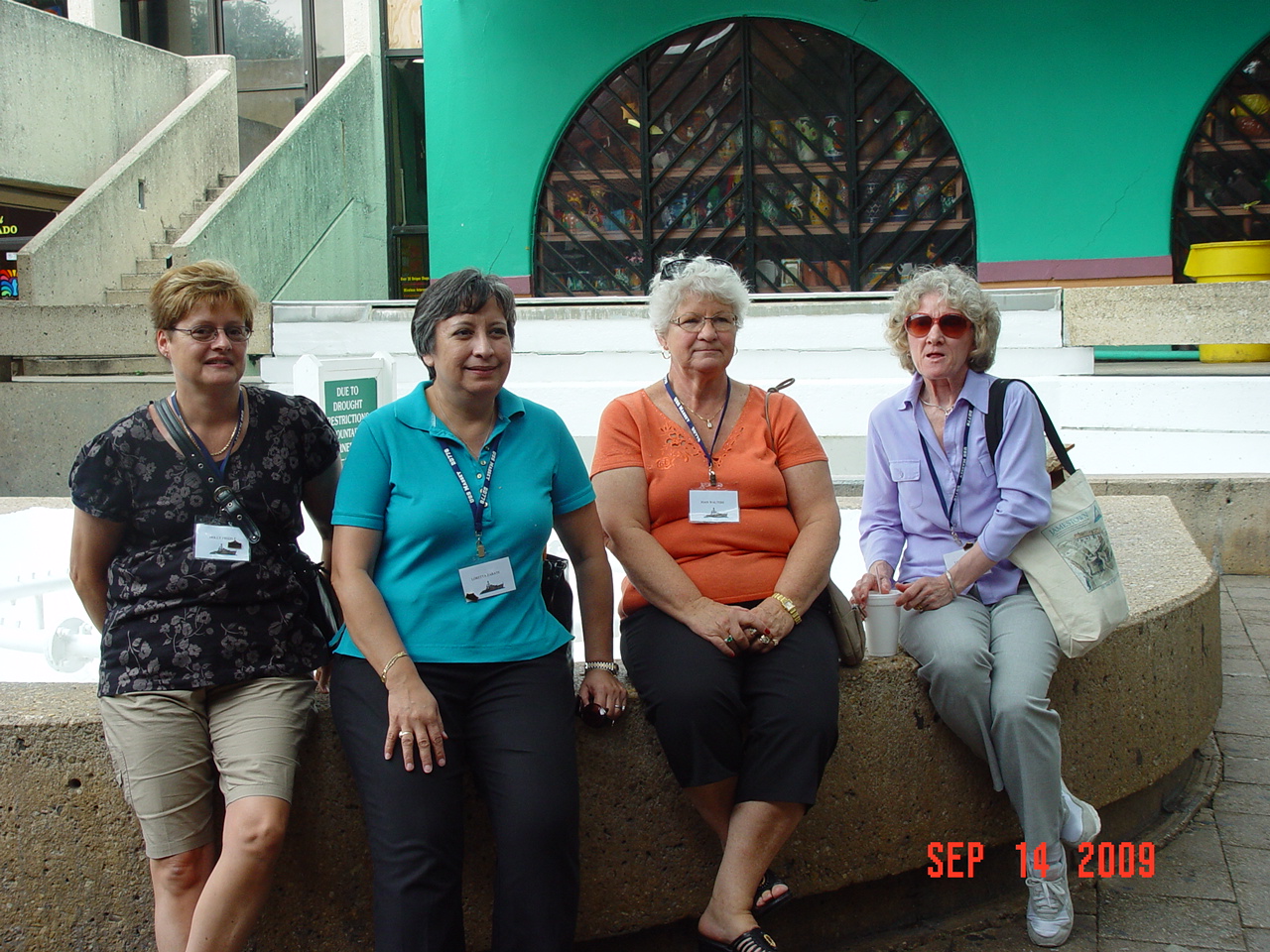 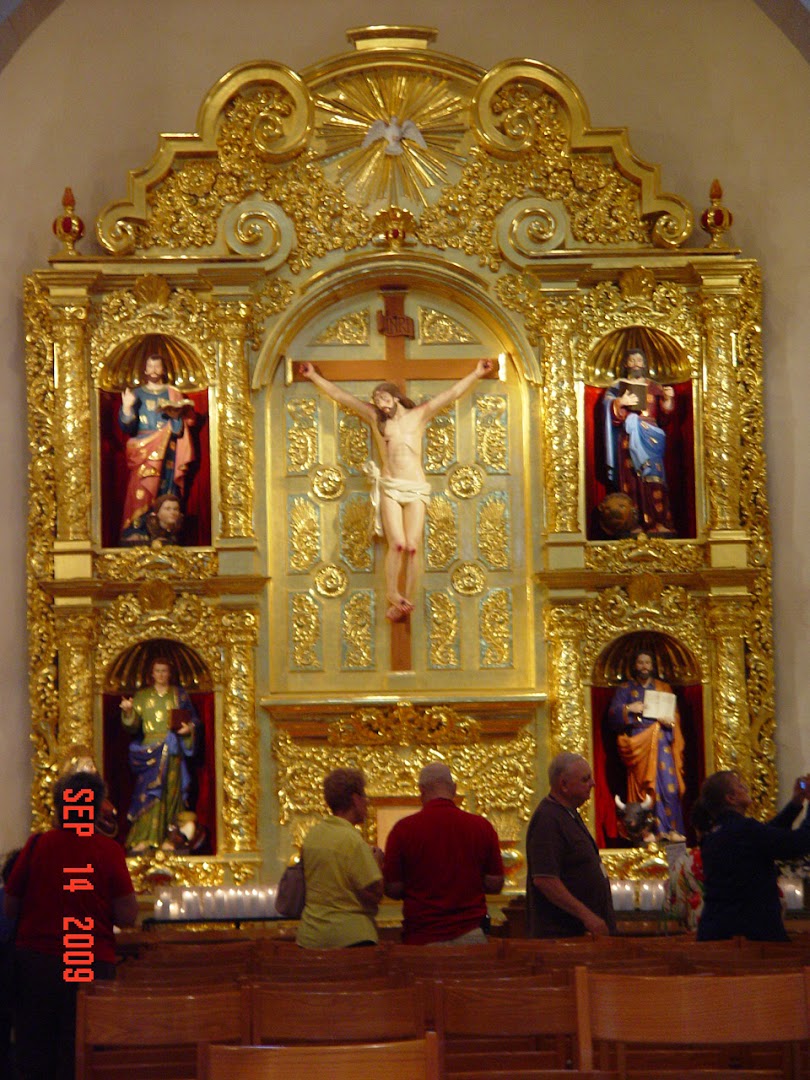 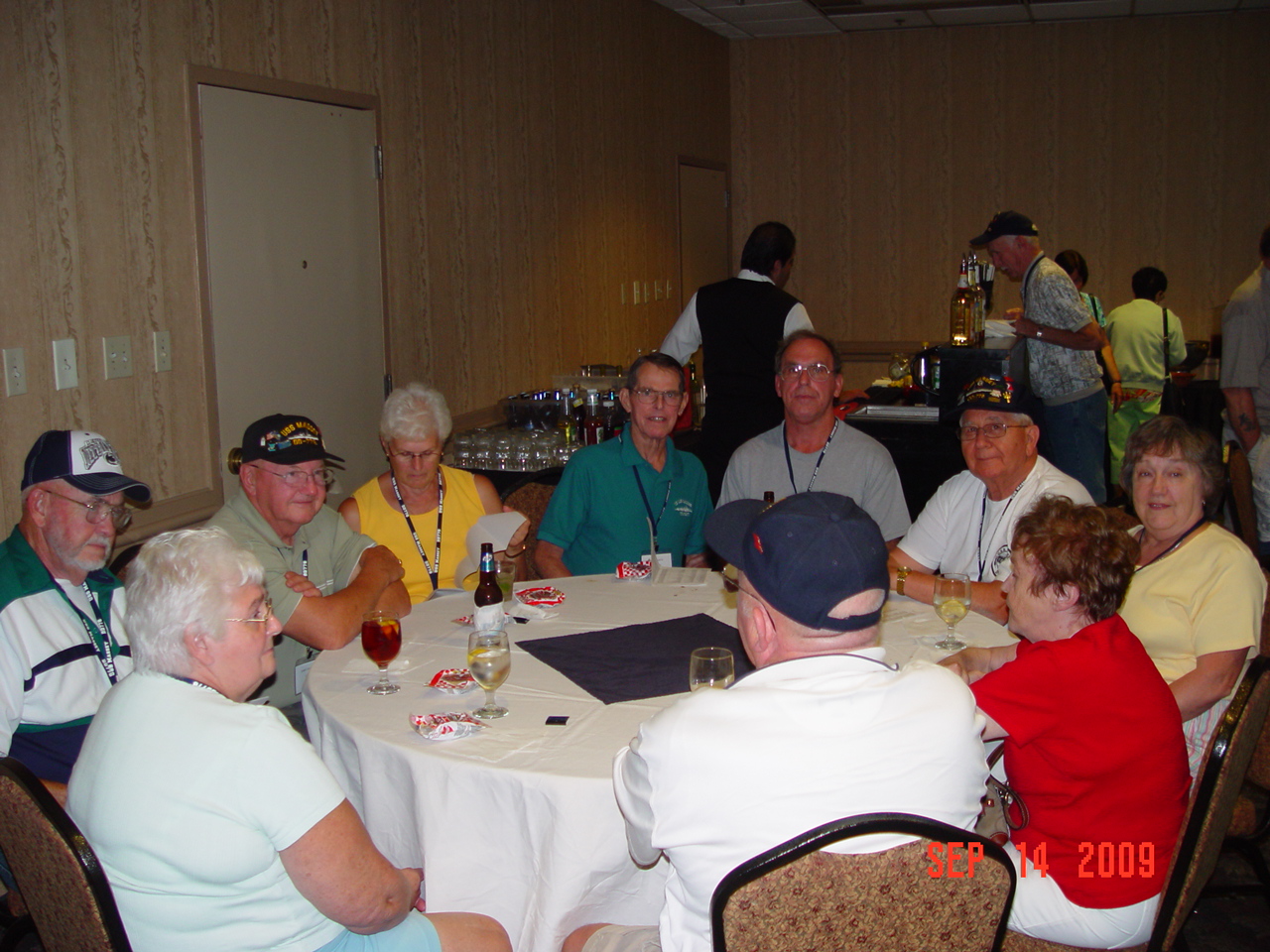 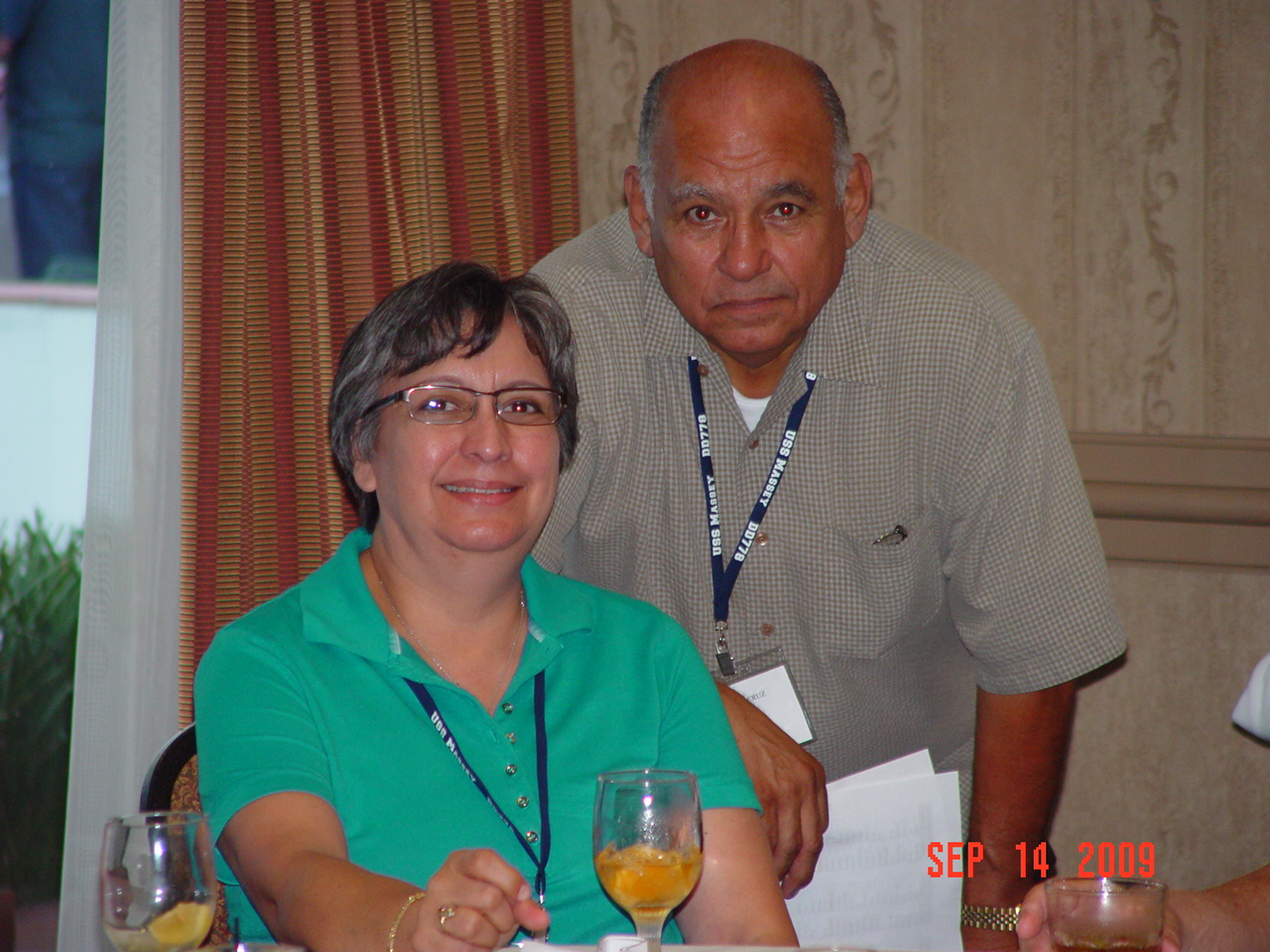 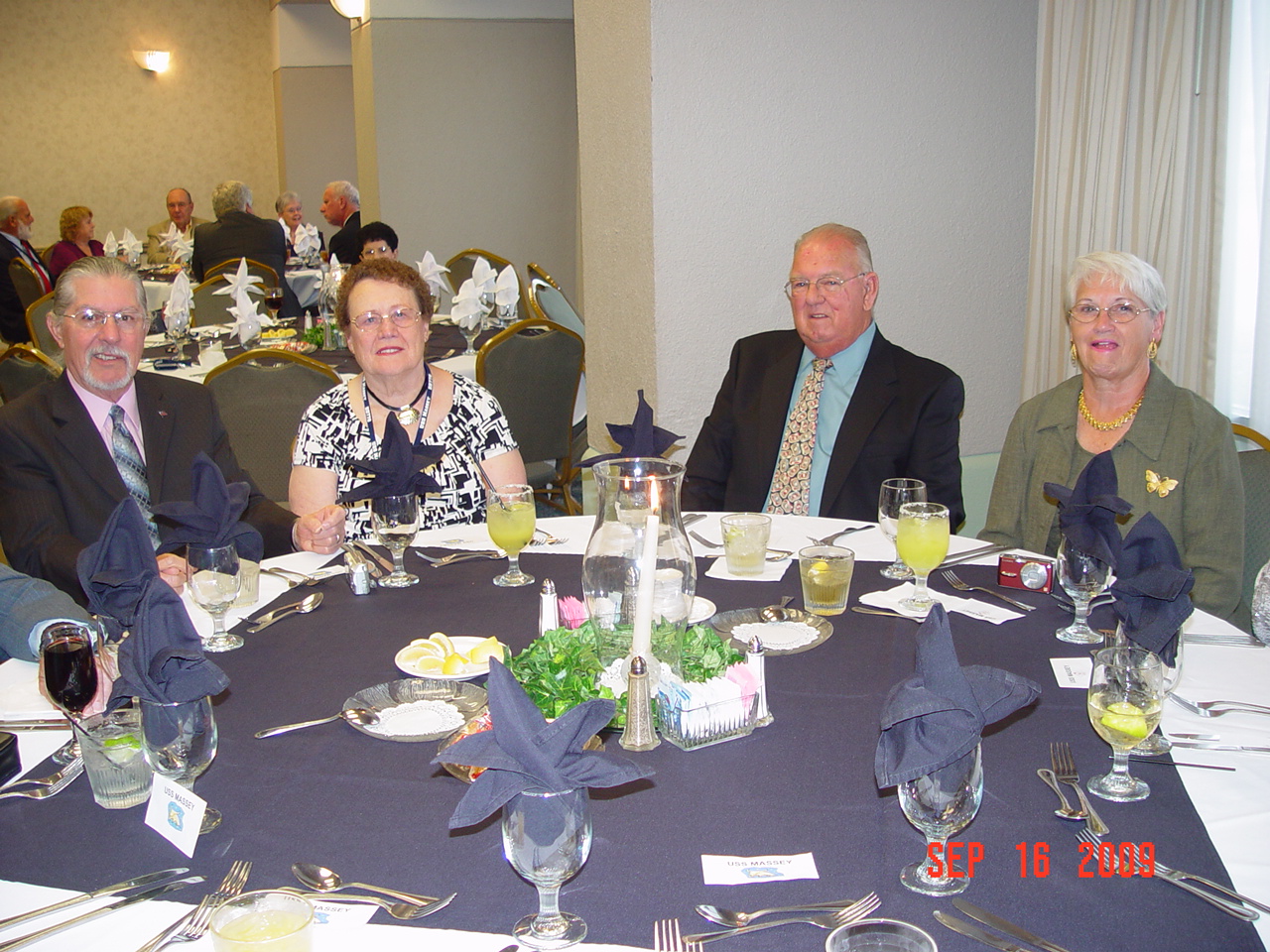 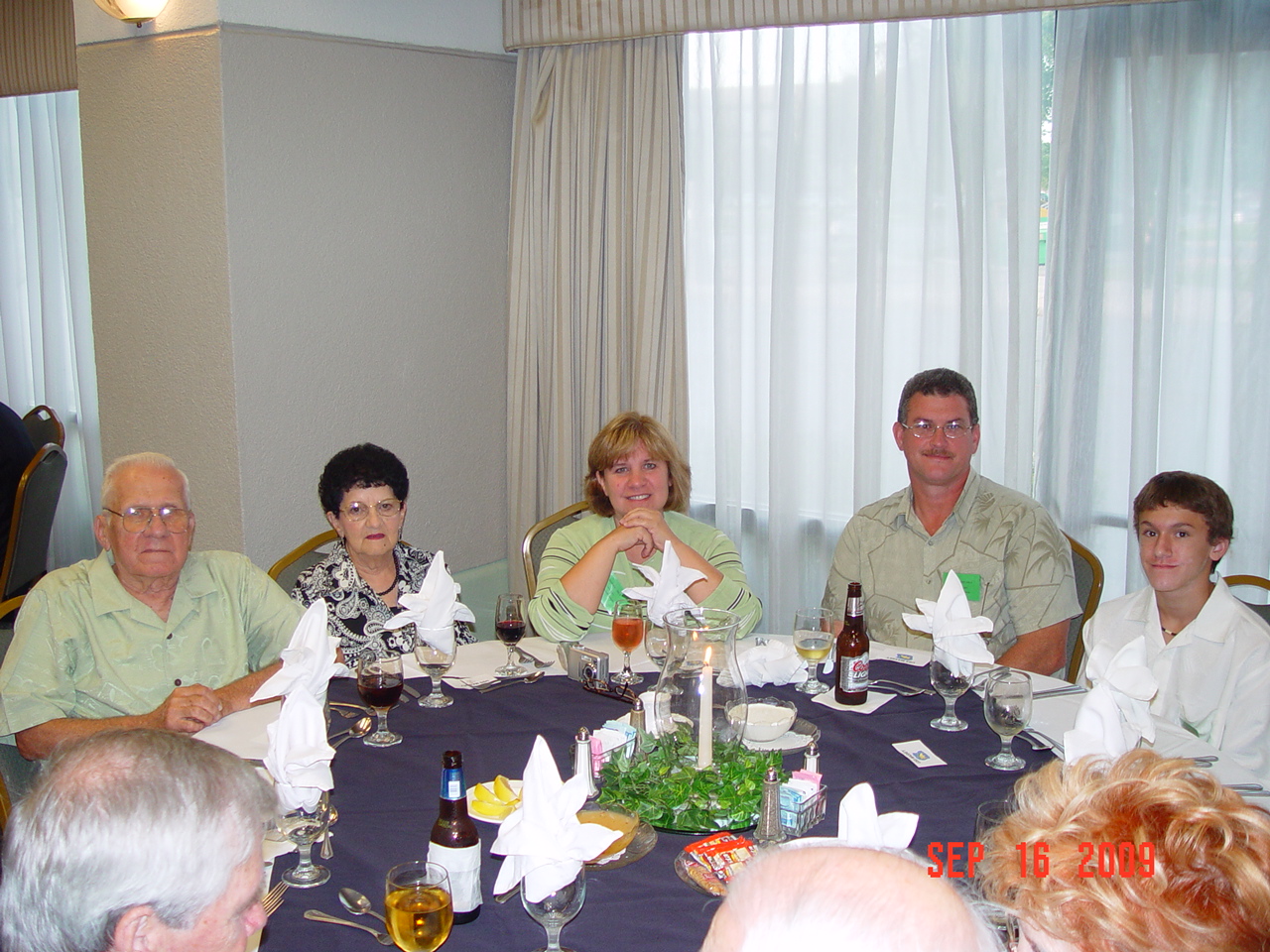 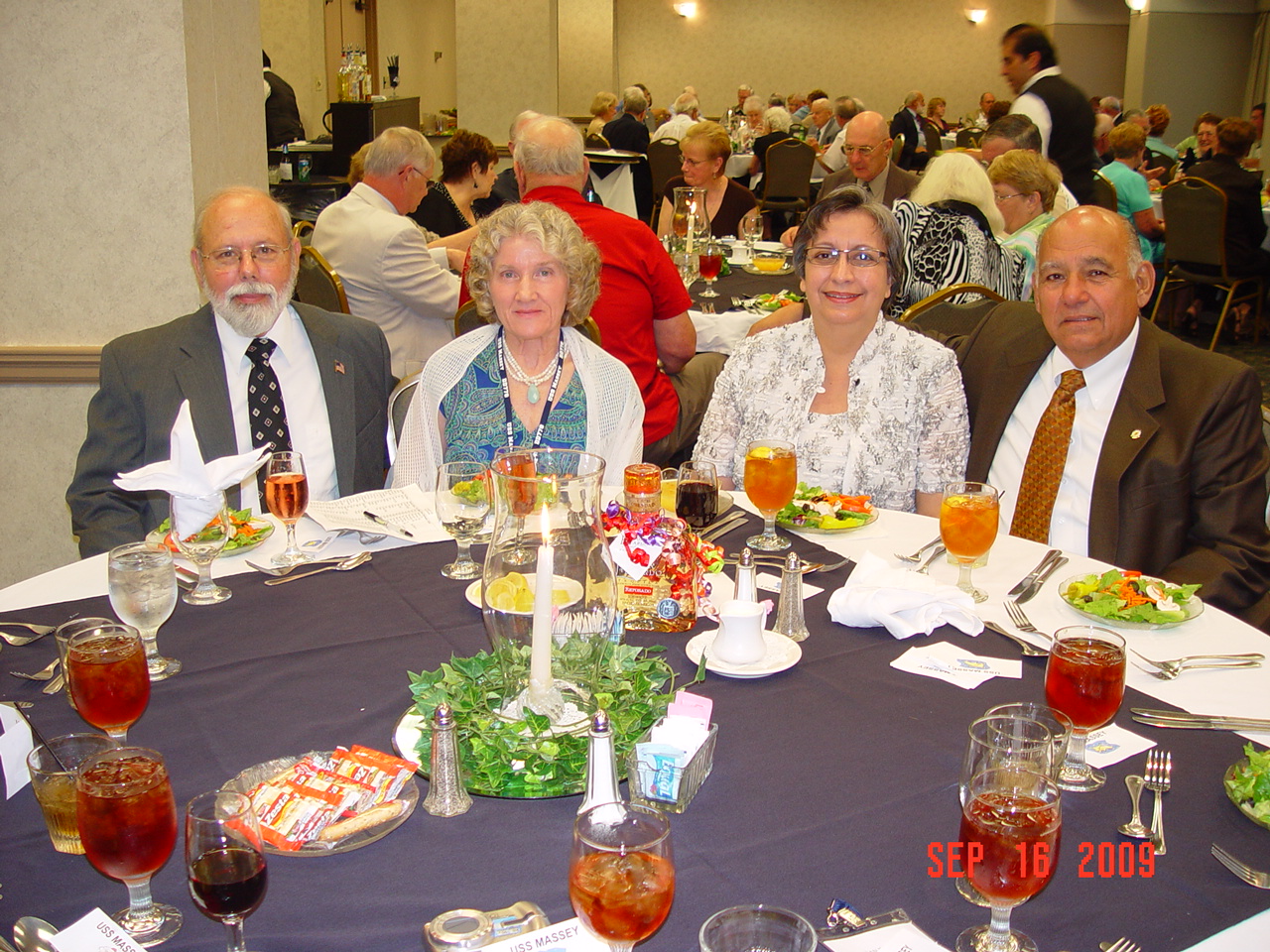 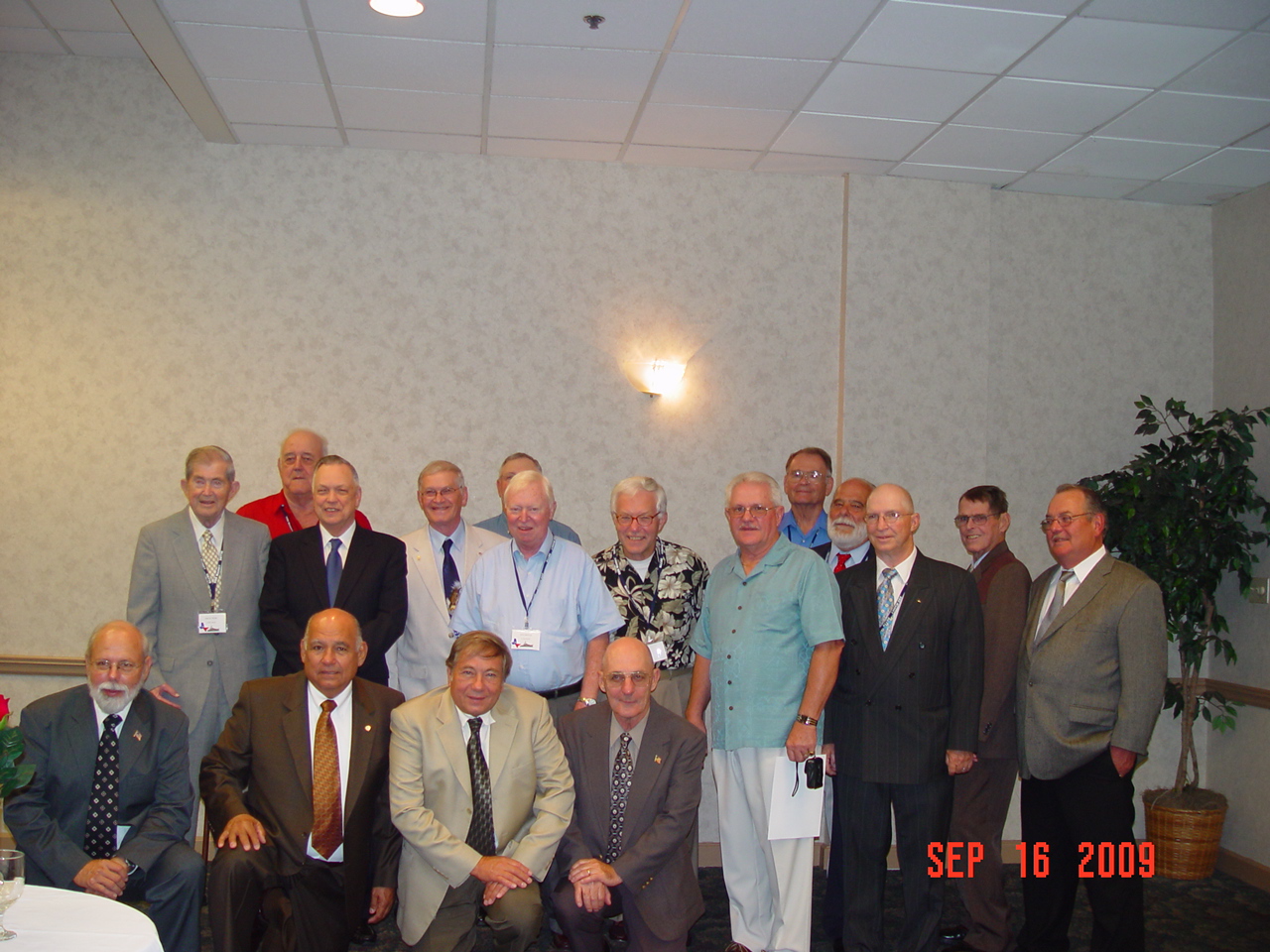 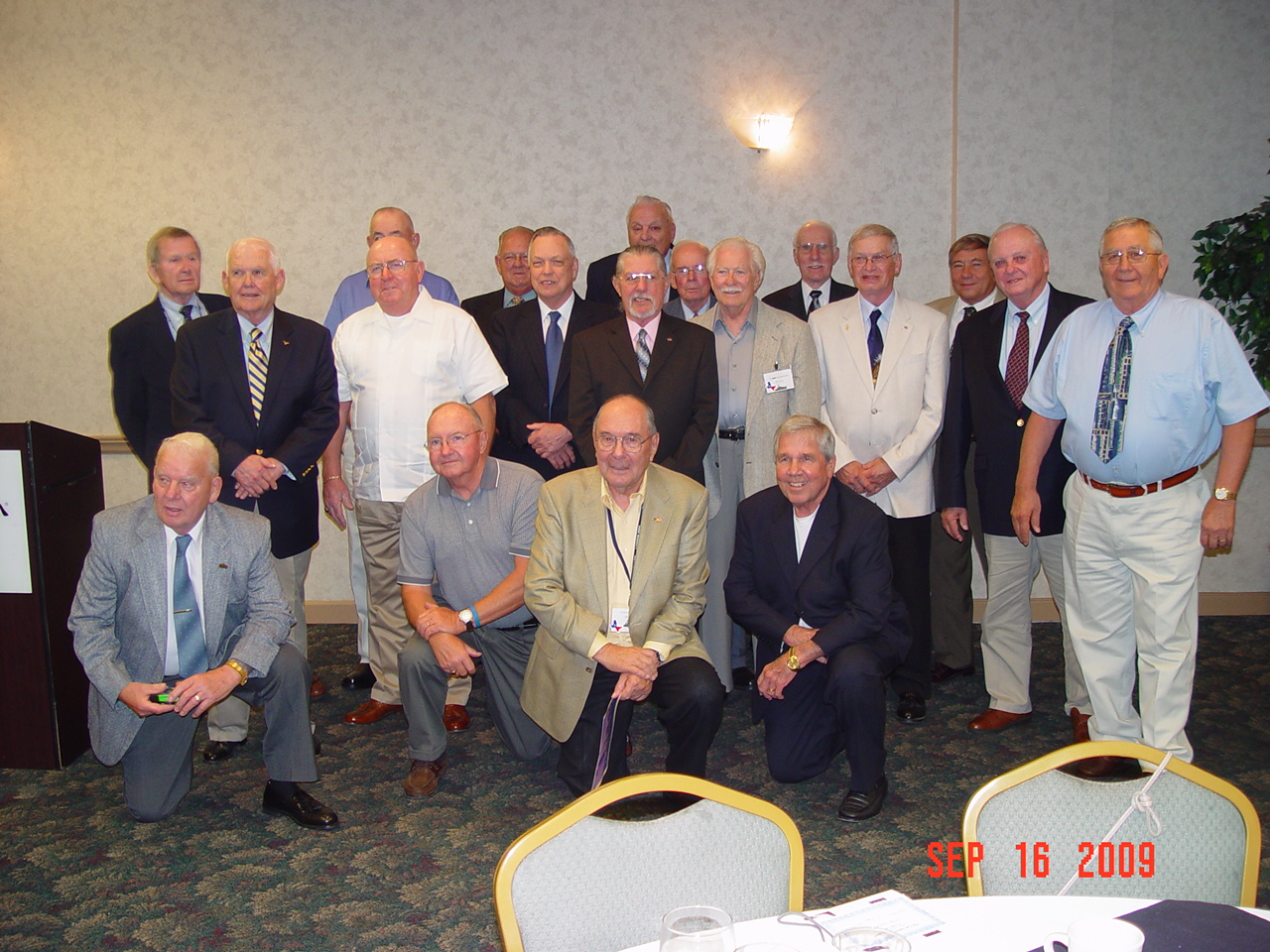 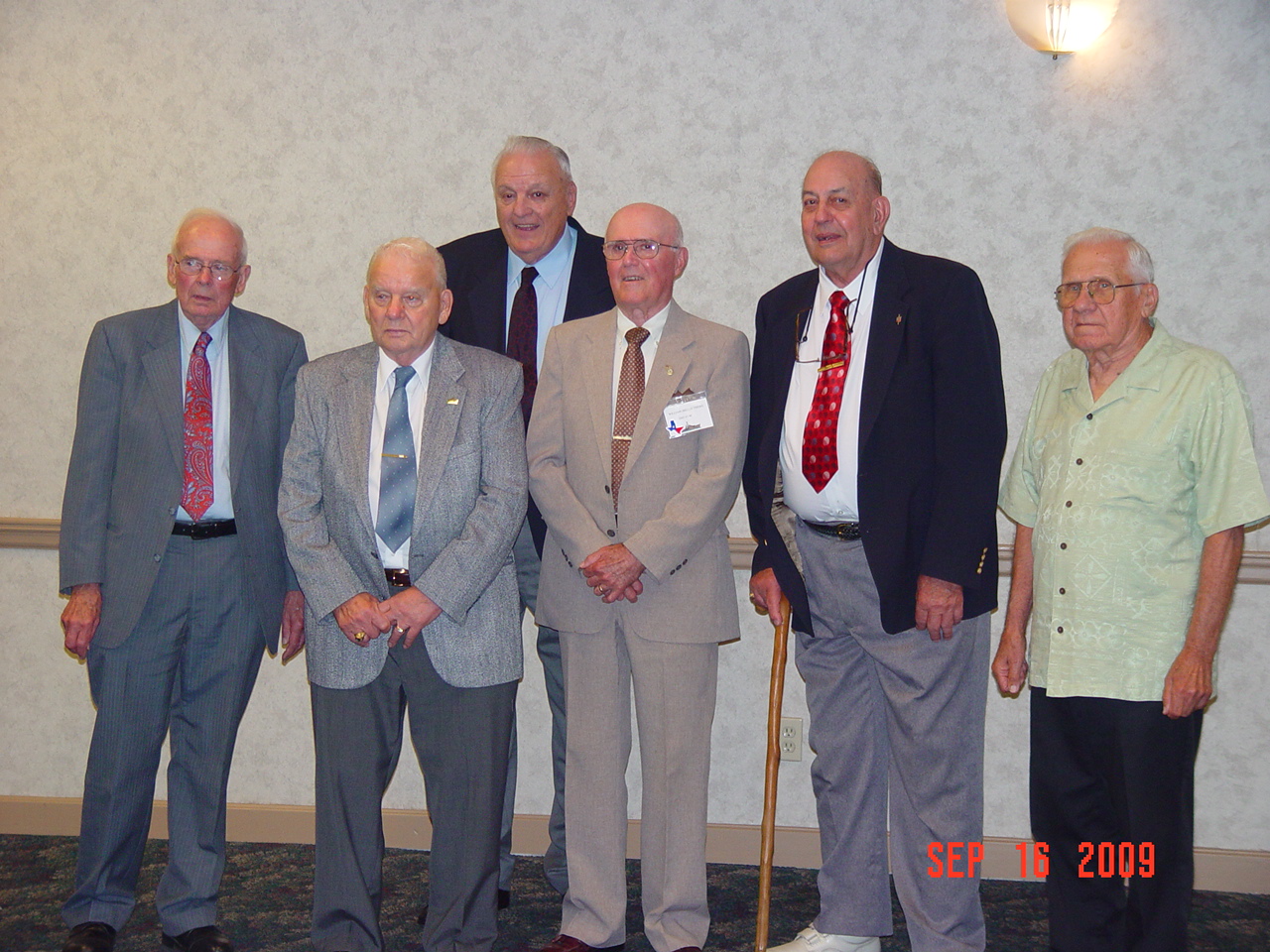 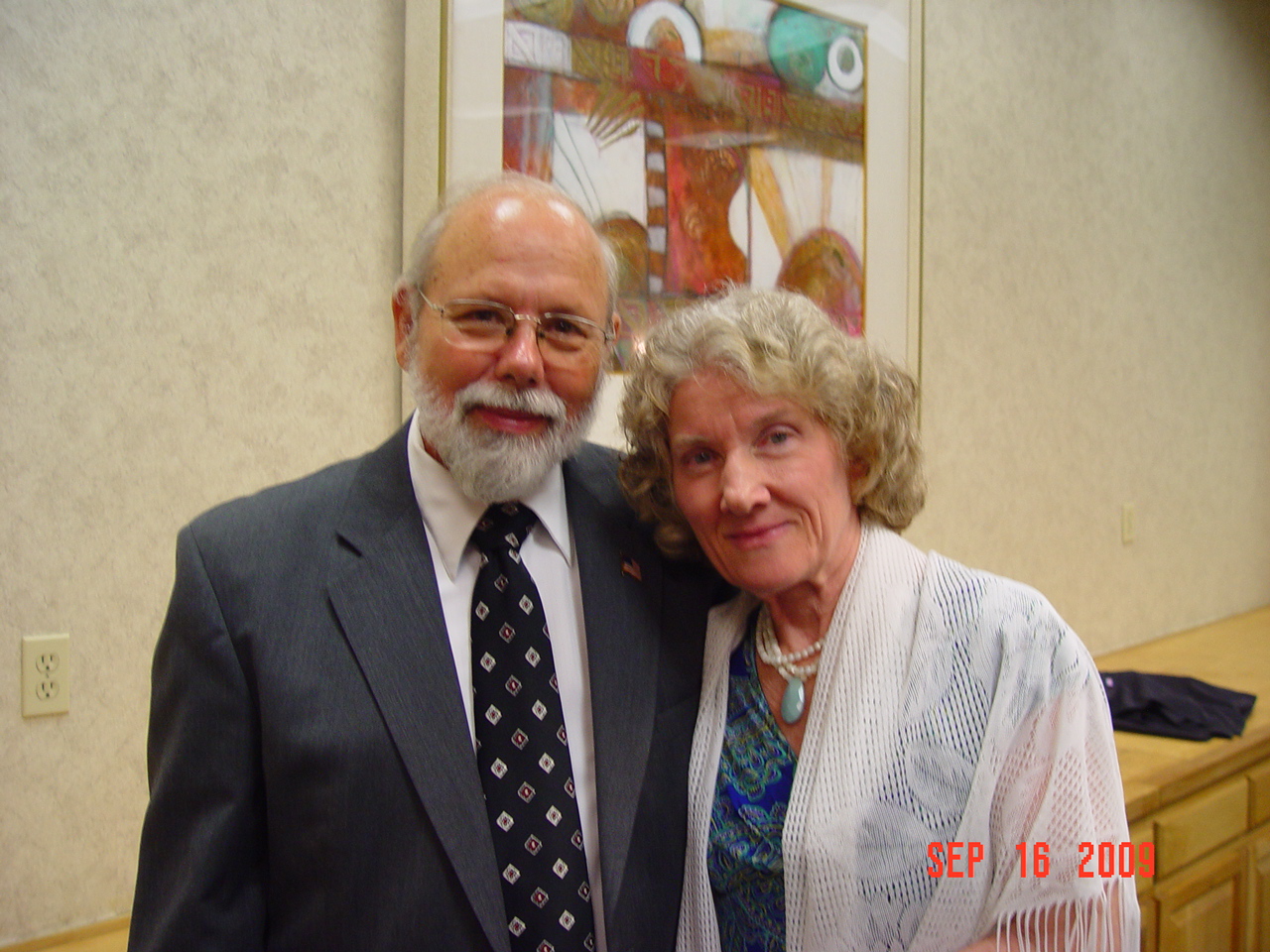 The 2009 reunion was held in San Antonio, TX, September 13-17, 2009 at the Radisson Inn Midtown and was hosted by Juan de la Cruz, MM3, 60-62. Some 84 shipmates and wives/friends including several first timers attended the event. Among the first timers was Plankowner Ed Williams who served on MASSEY from 1944 – 1946.

On Monday, the tour group enjoyed a bus tour of San Antonio. The style of San Antonio combines the charm of the Old World with the spirit of the Wild West. You can taste the spice of life and relive the adventure that created legends. A visit to the Mission San Jose highlighted the beautiful architecture of the old Spanish missions. Daily worship at the church still rings the same bells that called the Mission Indians to prayer. The tour group walked the grounds, saw the historic gristmill and paused briefly to see the legendary Rose Window.

Next on the tour was a visit to the Mexican Market. This is the largest and oldest Mexican Market place outside Mexico City. This colorful place had dozens of shops selling handicrafts and souvenirs. A lunch stop gave all the opportunity to sample authentic TexMex food. It was great!

Next the group visited San Fernando Cathedral, which has been the spiritual center of San Antonio for over 200 years. This is the oldest cathedral in the United States and was recently renovated to include 3 new altars done in 24-karat gold leaf. The tour group was allowed to go behind the main altar for a close-up view. Next came The Alamo, “Shrine of Texas Liberty”, first established in 1718 as the city’s first mission. The chapel is one of the most photographed facades in the nation. It is best remembered for the battle was fought there in 1836, forever changing the lives and attitude of the Texans and America.

The last stop on the tour was the Buckhorn Hall of Horns and Texas Ranger Museum with its more than 120 years of history “Texas style.” There were exotic collections of horns, antlers, cowboy memorabilia and fish from the Seven Seas; all this in a saloon dating back to the 1800’s. They also had a large array of ice cold Texas beers, which were thoroughly sampled! Returning to the hotel the group enjoyed a warm welcome reception, complete with a Mariachi band performing poolside. That was a really great surprise.

Tuesday found the MASSEY gang mounting busses for the drive to Fredericksburg, where they toured the Admiral Nimitz Museum of the Pacific War. Our memorial service was held at the museum, followed by the dedication of the USS MASSEY plaque that was installed on the memorial wall on the museum grounds. Our plaque is mounted in a very advantageous spot in the corner, where visitors may sit to rest and scan the hundreds of plaques displayed there.

After touring the Memorial Garden, the gang had a great lunch, barbecue Texas style, in the Nimitz Hotel Ballroom. Ample time was available to wander around Fredricksburg to stretch our legs and allow the ladies to release any pent-up shopping urge. An unscheduled stop in Luccan Boch township, the supposed home of Willie Nelson and Waylon Jennings finished up the day. The “town” had a row of porta-johns, a Texas dance hall, a general store that doubled as the post office and very little else, including population. The Rumor Of The Day was that when Willie and Waylon left, the town lost one quarter of its population!

Wednesday was set aside for the Association Business Meeting. New members James Chessher, Frank Kirk, Robert Wagner, and Plankowner Ed Williams were formally welcomed. New business and association reports were made finding the Association in great shape. Discussion of follow on reunion sites wrapped up the business meeting. The reunion banquet put a “Fun Time’ finish to another great reunion. The Association then gave special recognition to the 2009 reunion hosts, Juan de la Cruz and Loretta Zarate, aided by James and Dorothy Chessher to making this reunion another very special event. Well Done to all.