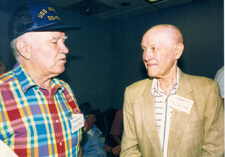 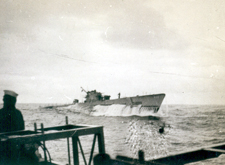 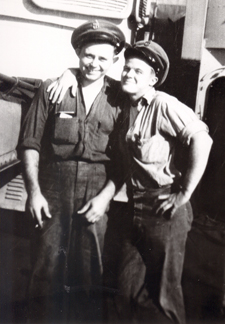 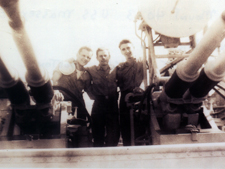 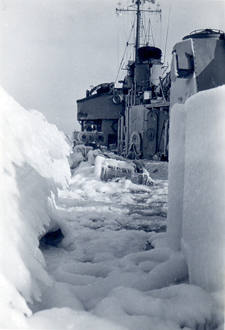 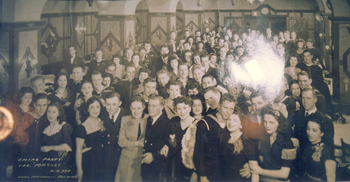 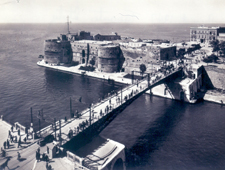 The ship conducted many tests at dockside and underway, departing for San Diego on 12 December. Here she underwent six weeks of various drills and inspections. Unfortunately during a high-speed maneuver with other vessels one of our crewmen happened to be at the wrong place on the fantail and received fatal injuries as a wall of water flung him to the deck. Calvin F. Queen was the only sailor to lose his life aboard the MASSEY. The ship returned to Bremerton Navy yard for a post-shakedown overhaul on completion of sea trials. Thanks to in part to Pre-Comm crew members, MMCs Doll and Murdock, the ship was always ready to steam.

On February 13th the MASSEY weighed anchor and steamed through the Straits of Juan de Fuca with Pearl Harbor as her initial destination. For the first month of the Okinawa campaign, MASSEY served with a task force of four escort carriers in raids on the Sakishima Islands. Then followed seven weeks of radar picket duty around Okinawa in company with one or more destroyers such as the four ships of Destroyer Squadron 132, ZELLARS (DD 777), MASSEY (DD 778), D.H. FOX (DD779), and STORMES (DD 780).

Kamikaze planes took the lives of seventy-two men of this squadron in April and May. Even with frequent attacks by kamikaze planes, the combination of able maneuvering by Captain Aldrich, expert aircraft identification by her radarmen, and excellent shooting by her gunners, brought her through unscathed and with no loss of life. The MASSEY accounted for nine kamikaze planes in all, five of which fell before her guns in one evening of engagement.

For more detail on MASSEY’s participation in the Kamikaze engagements at the Battle of Okinawa, review the War Diaries of the Okinawa Campaign and the MASSEY Ship Logs describing the threat the MASSEY crew faced on a daily basis.

With the collapse of organized Japanese resistance on Okinawa, most picket destroyers received new assignments. On June 24 the MASSEY departed for San Pedro Bay, Leyte Gulf, Philippine Islands with Destroyer Squadron 24. After a brief repair period, she served as part of a carrier screen off the China coast. The MASSEY steamed into Japanese water on 22 September as part of the first American landings at Wakayama.

On 20 November 1945 CDR. Don. I. Thomas relieved CDR Charles. W. Aldrich. The ship then operated with other destroyers of Squadron 66 on weekly patrols to Yakoska Bay of Tokyo. She continued this duty until the squadron departed for San Diego on December 5, traveling by way of Eniwetok, Marshall Islands and Pearl Harbor. She arrived San Diego 22 December 1945. After 14 months at war, all hands had a very merry Christmas at home.

For her time in WW II, the MASSEY earned two Battle Stars on the Asiatic-Pacific Area Service Ribbon, for participating in the following operations:

USS MASSEY was assigned to Destroyer Squadron 2 in the Atlantic Fleet and on 3 January 1946 left for New York for major repairs. In June 1946 the ship finished an overhaul in the Brooklyn Naval Shipyard. From 6 July until 1 November, the ship operated from the North Atlantic to the British West Indies area doing various escorting, shore bombardment, screening exercises and at sea drills. Her assignments included midshipman summer cruises. The 1946 summer Middie cruise was followed by a visit to Chile, and hunter-killer team exercises for the Navy’s Operational Development Force.

Christmas 1946 was spent in Charleston, South Carolina. During this period, CDR Forrest M. Price relieved CDR Don Thomas. Captain Price had symptoms of tuberculosis and was temporarily relieved by the Executive Officer- LCDR A. R. Evers. After a two-months of hospital tests, Captain Price returned but when ordered back to the hospital for treatment, CDR Alan Nibbs took command. The date could have been early 1947.