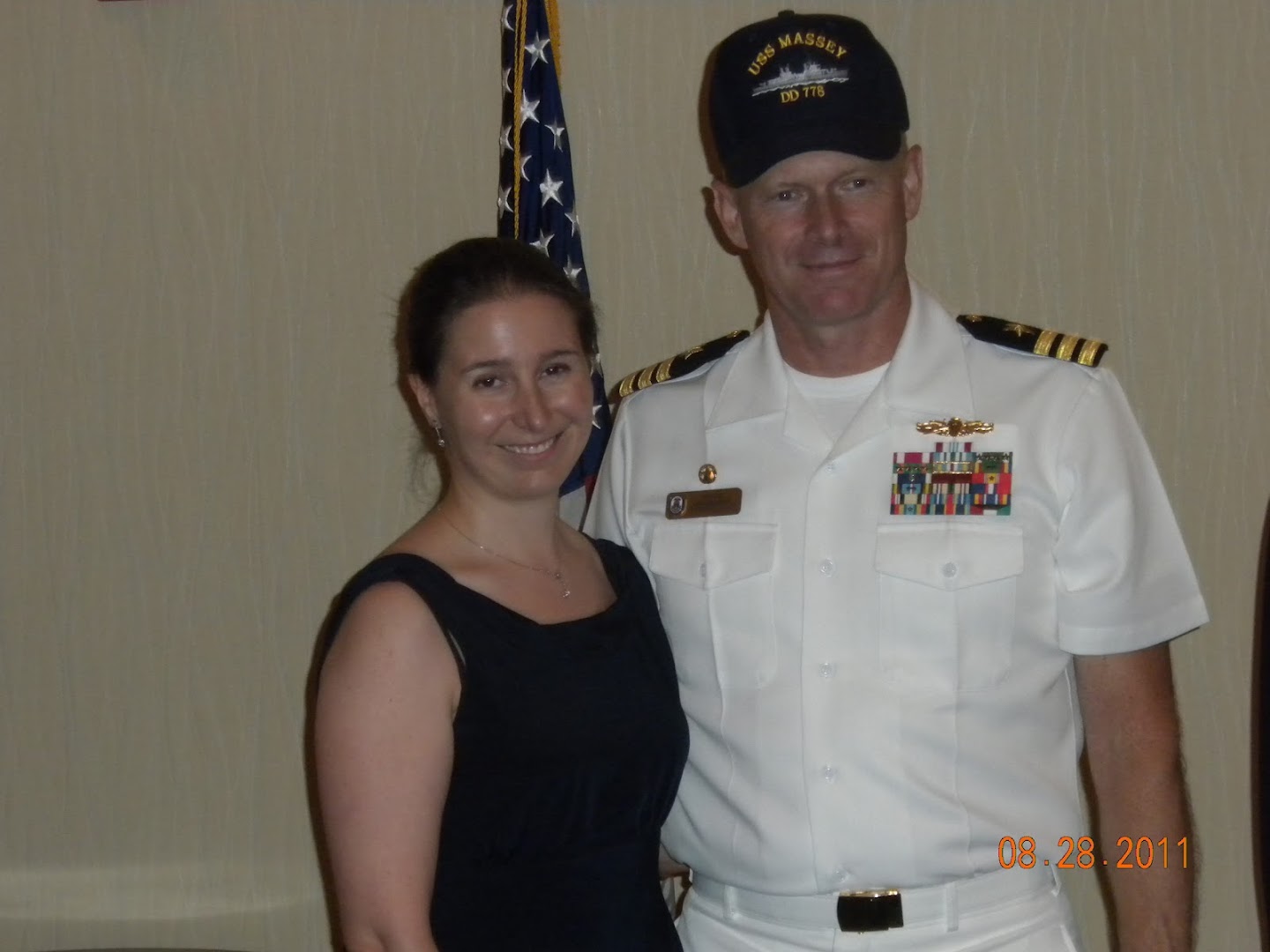 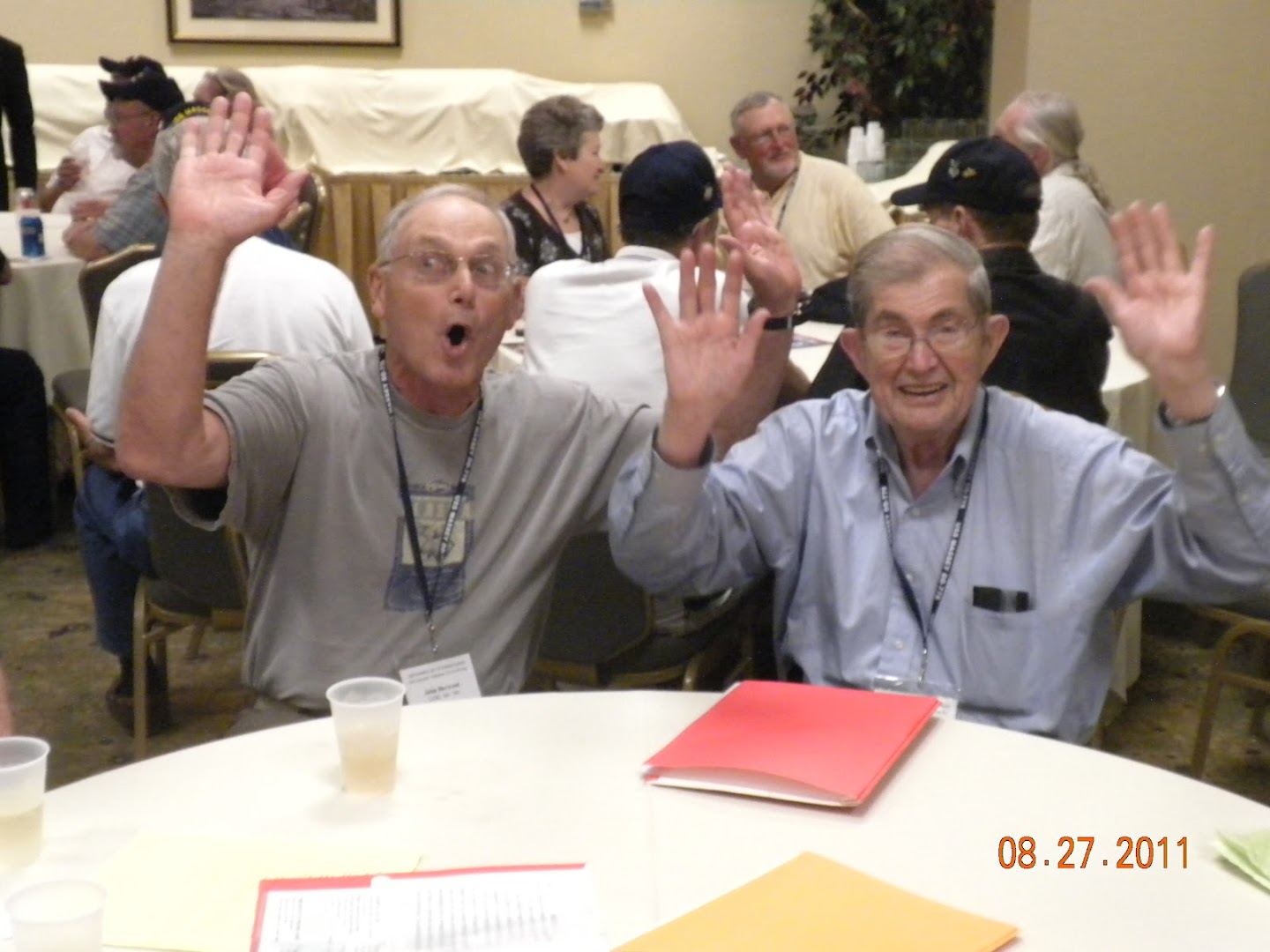 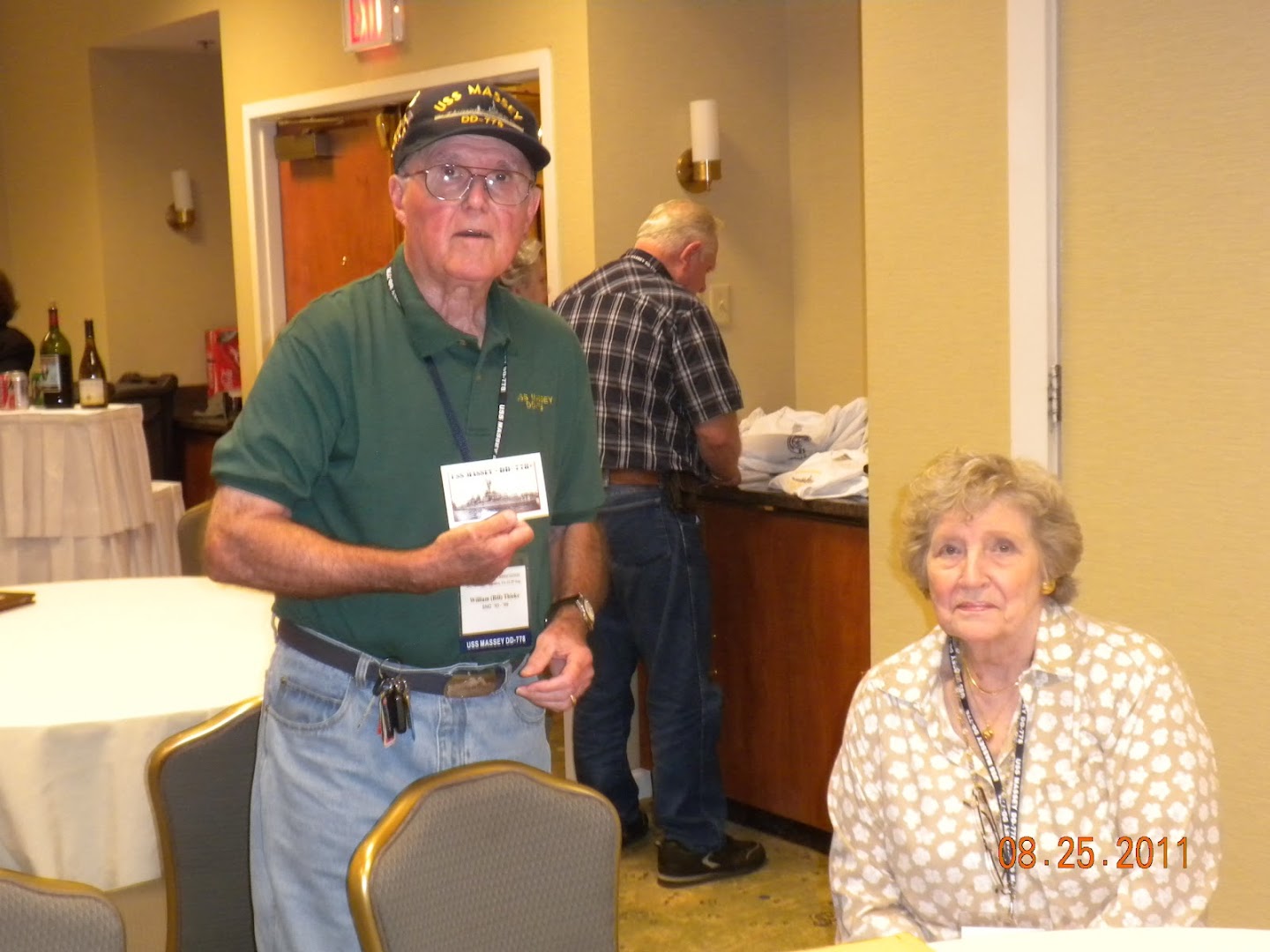 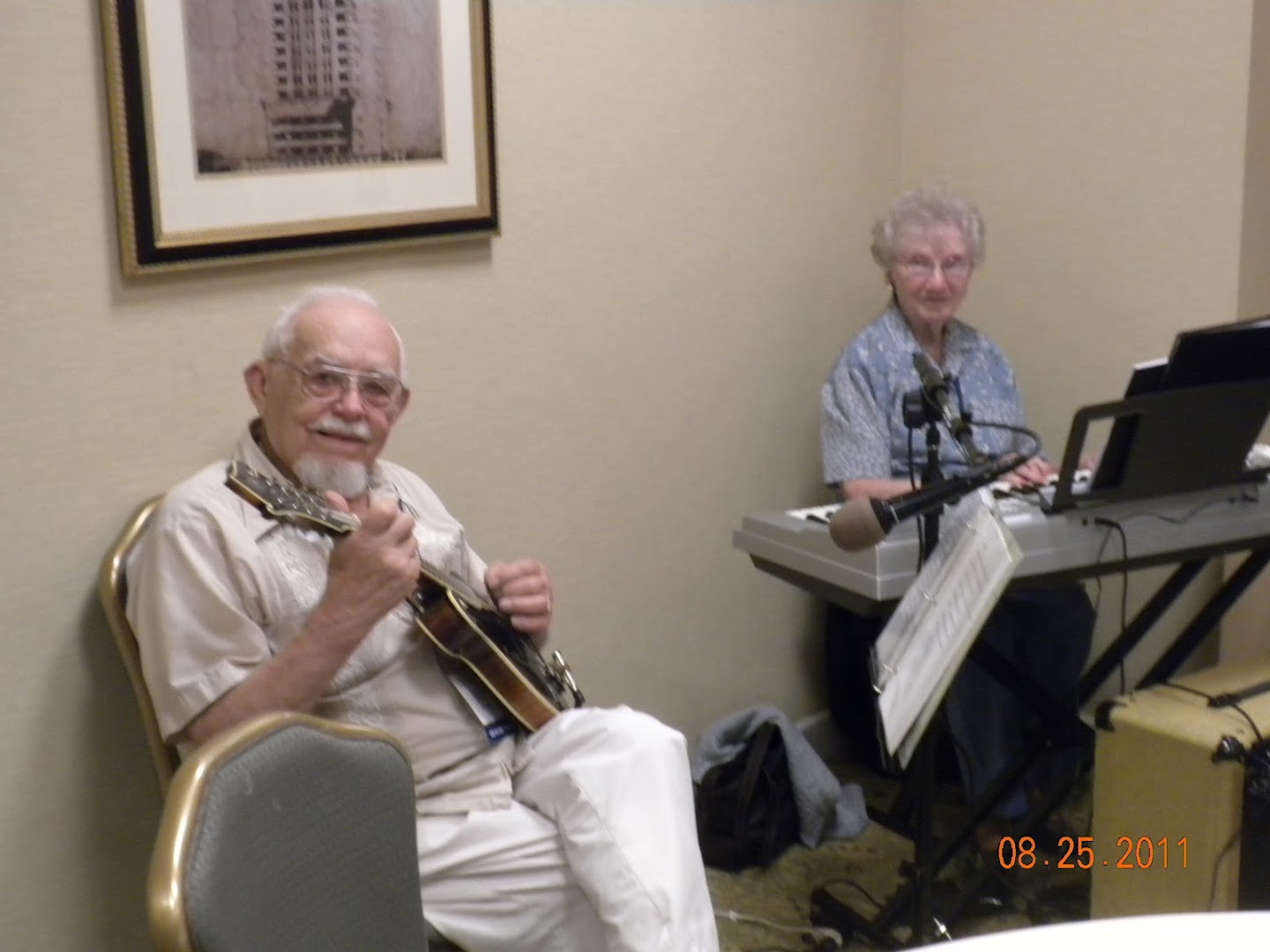 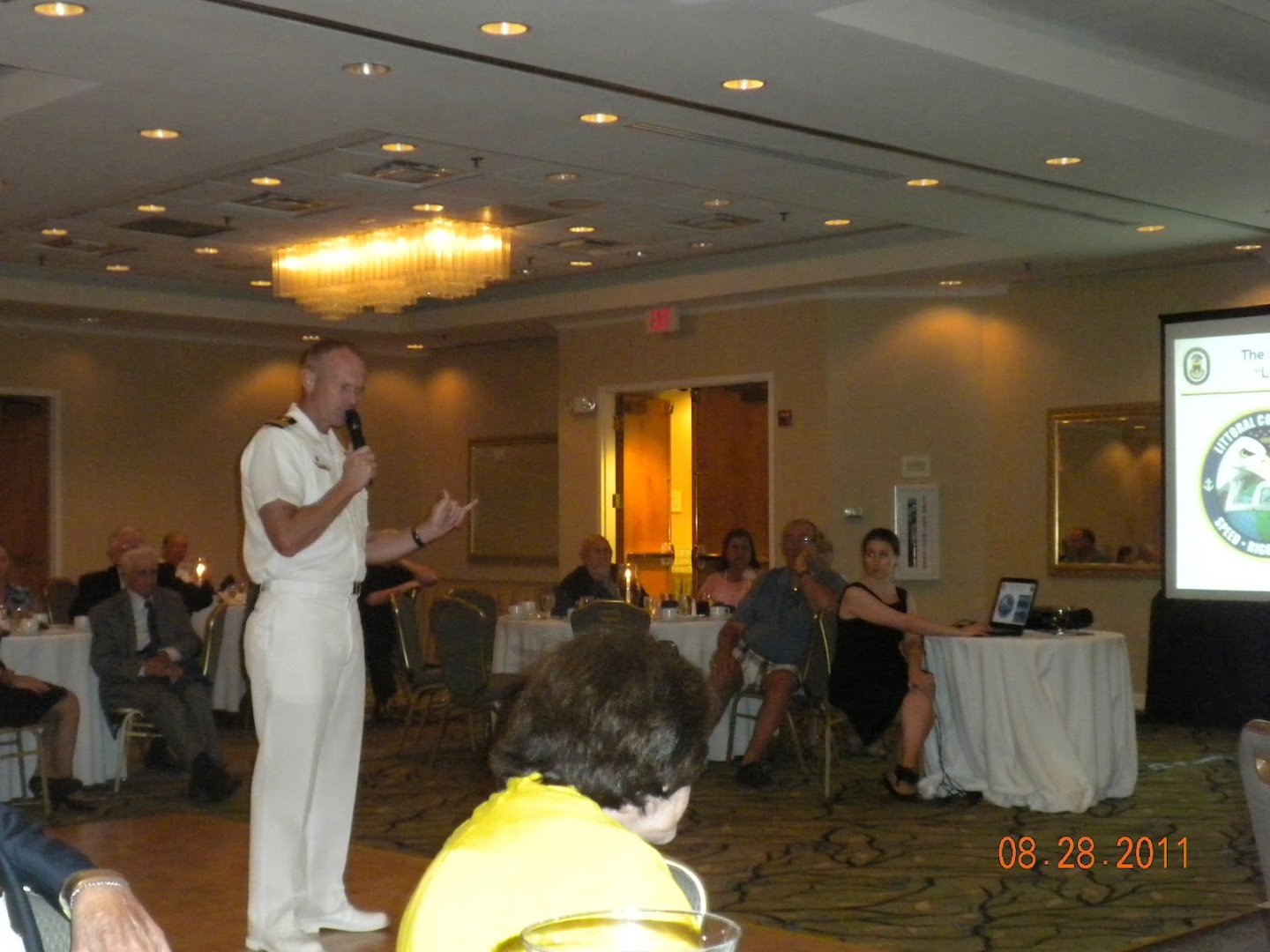 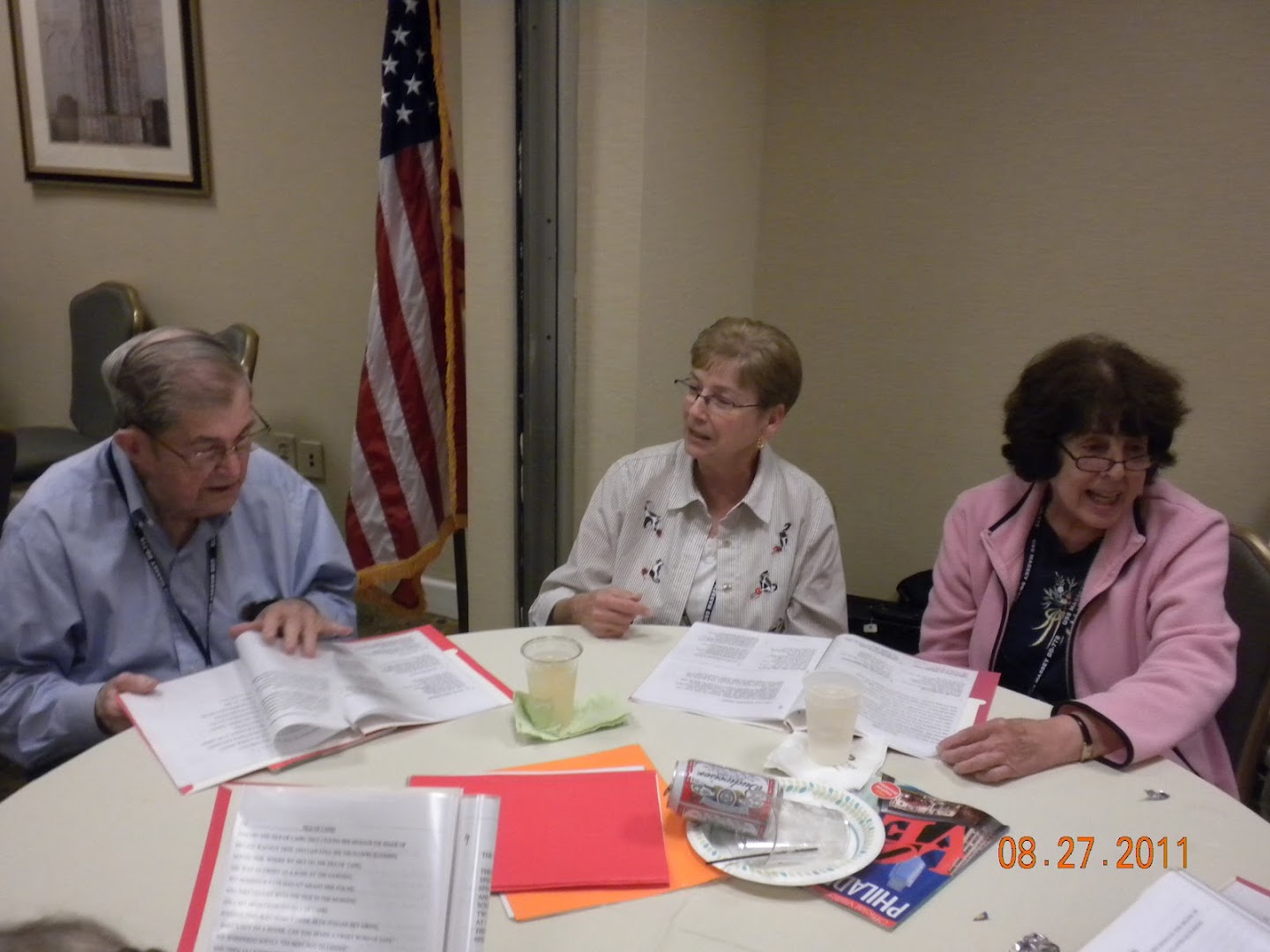 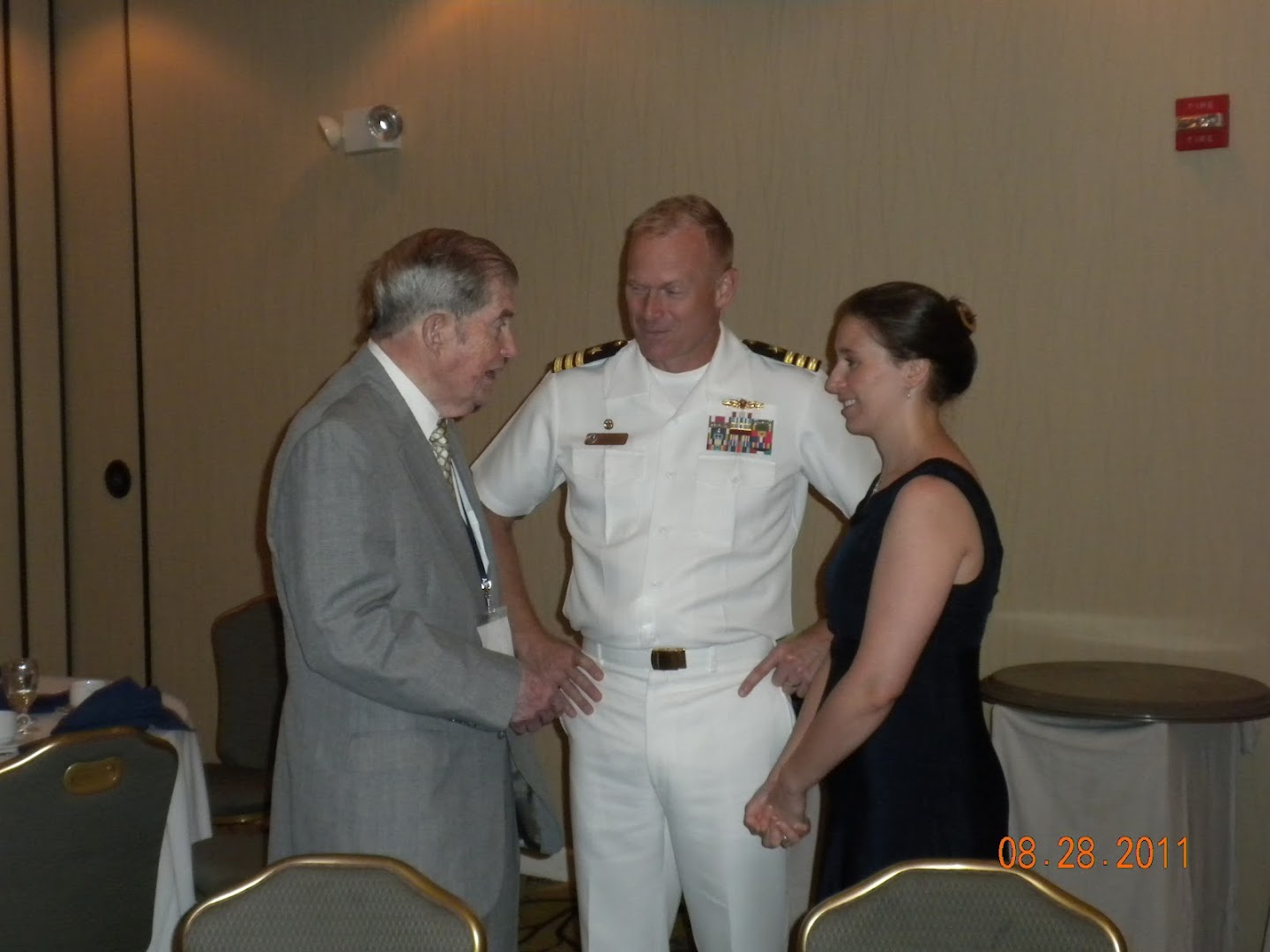 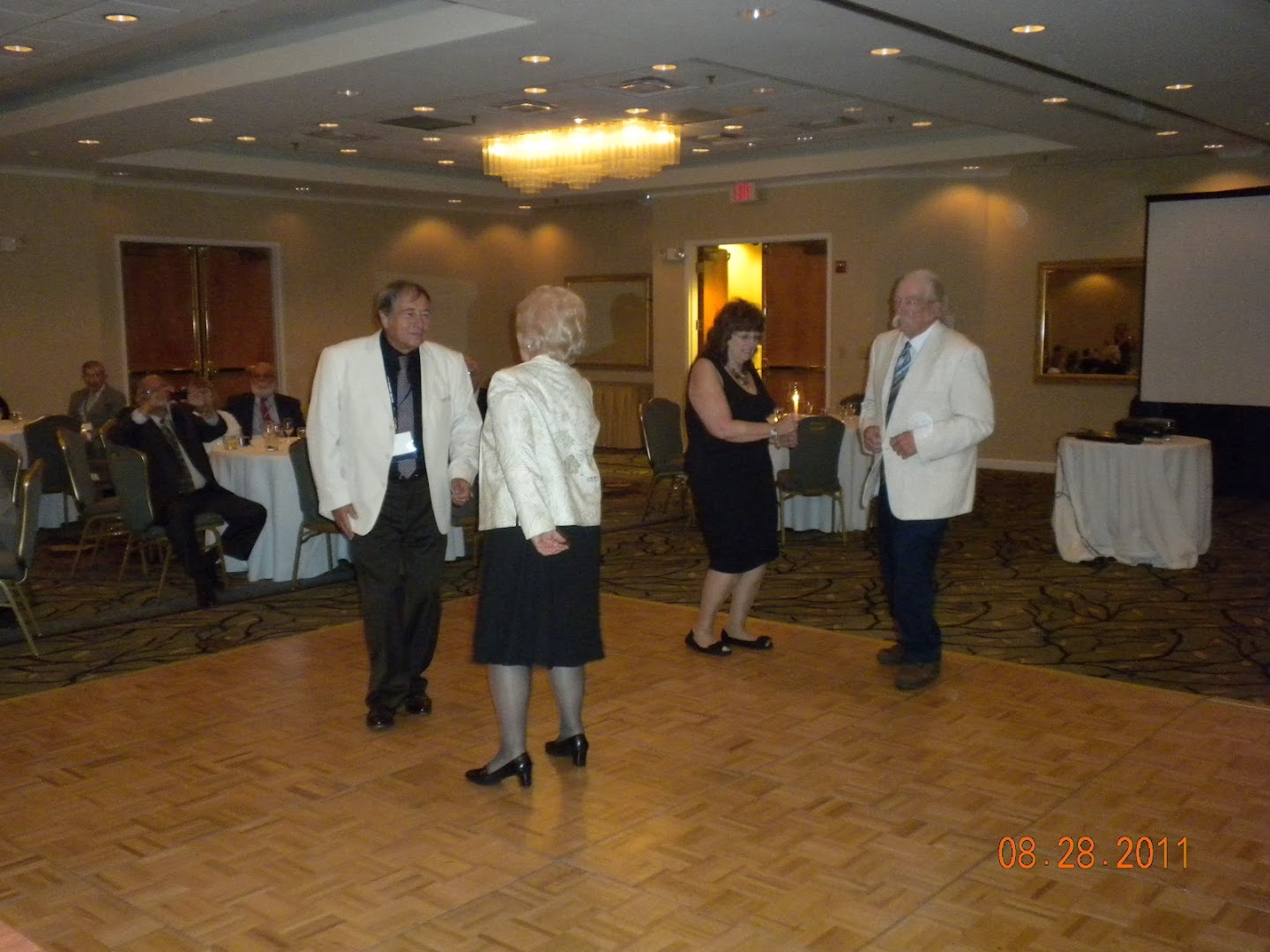 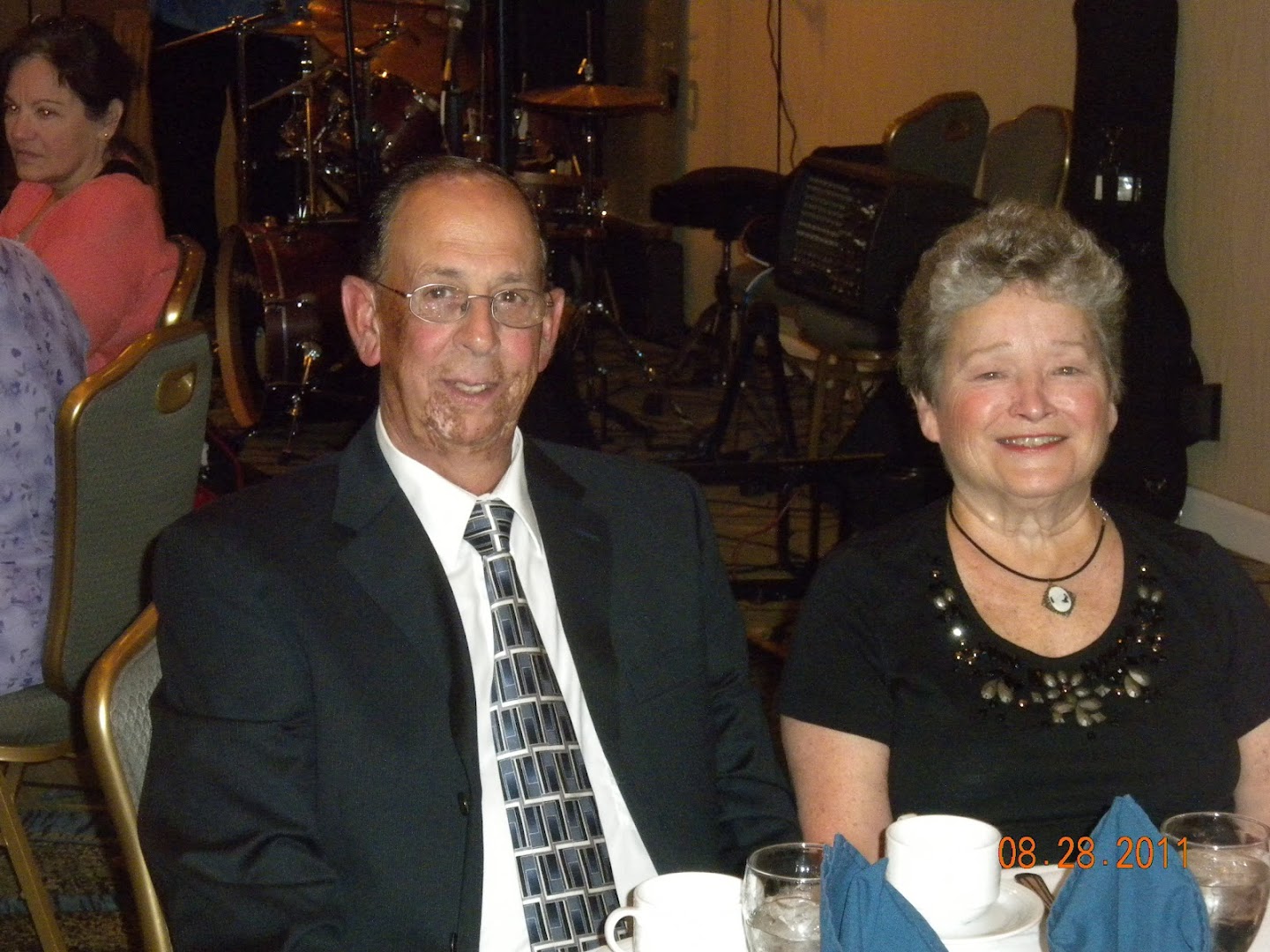 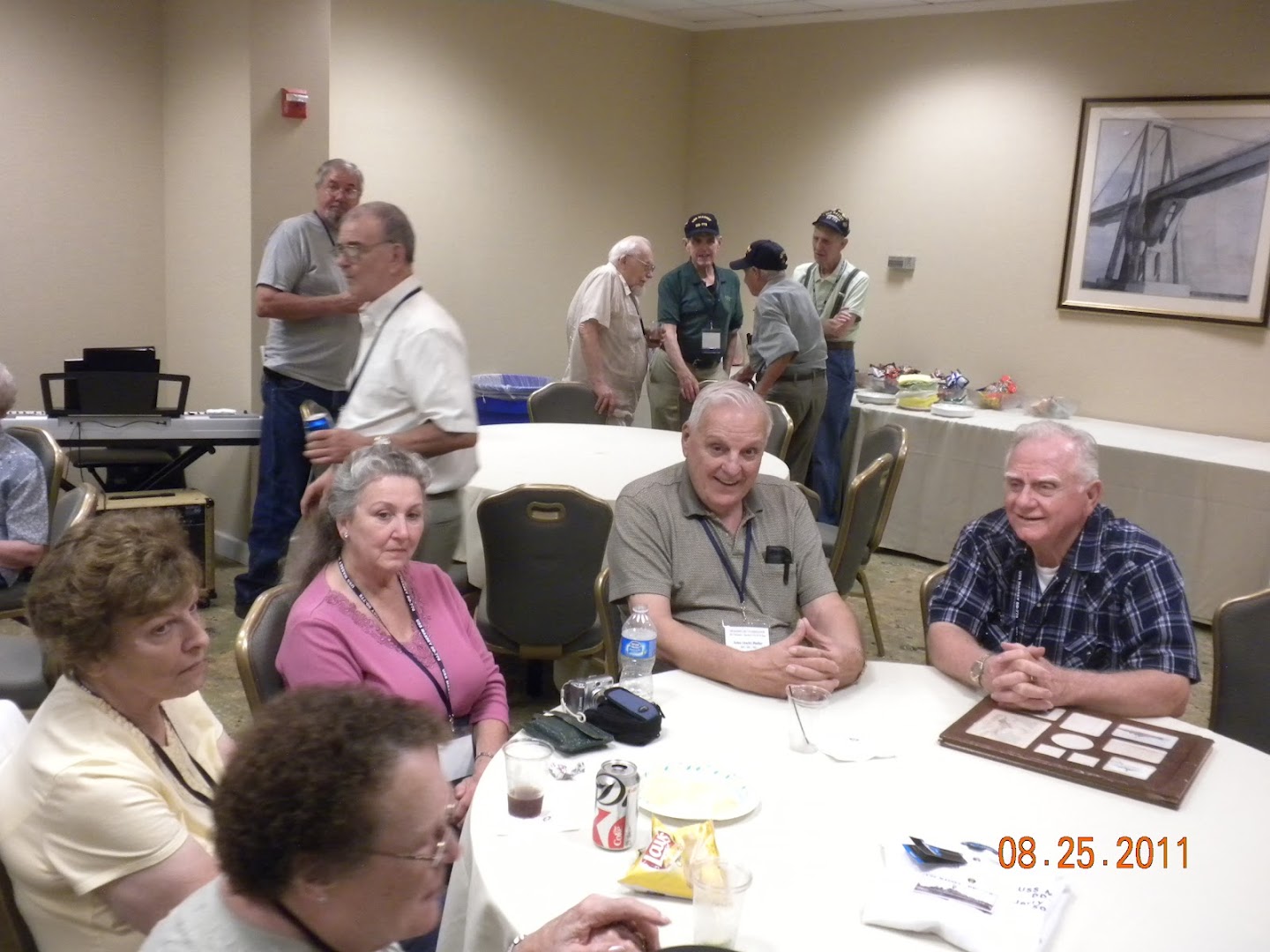 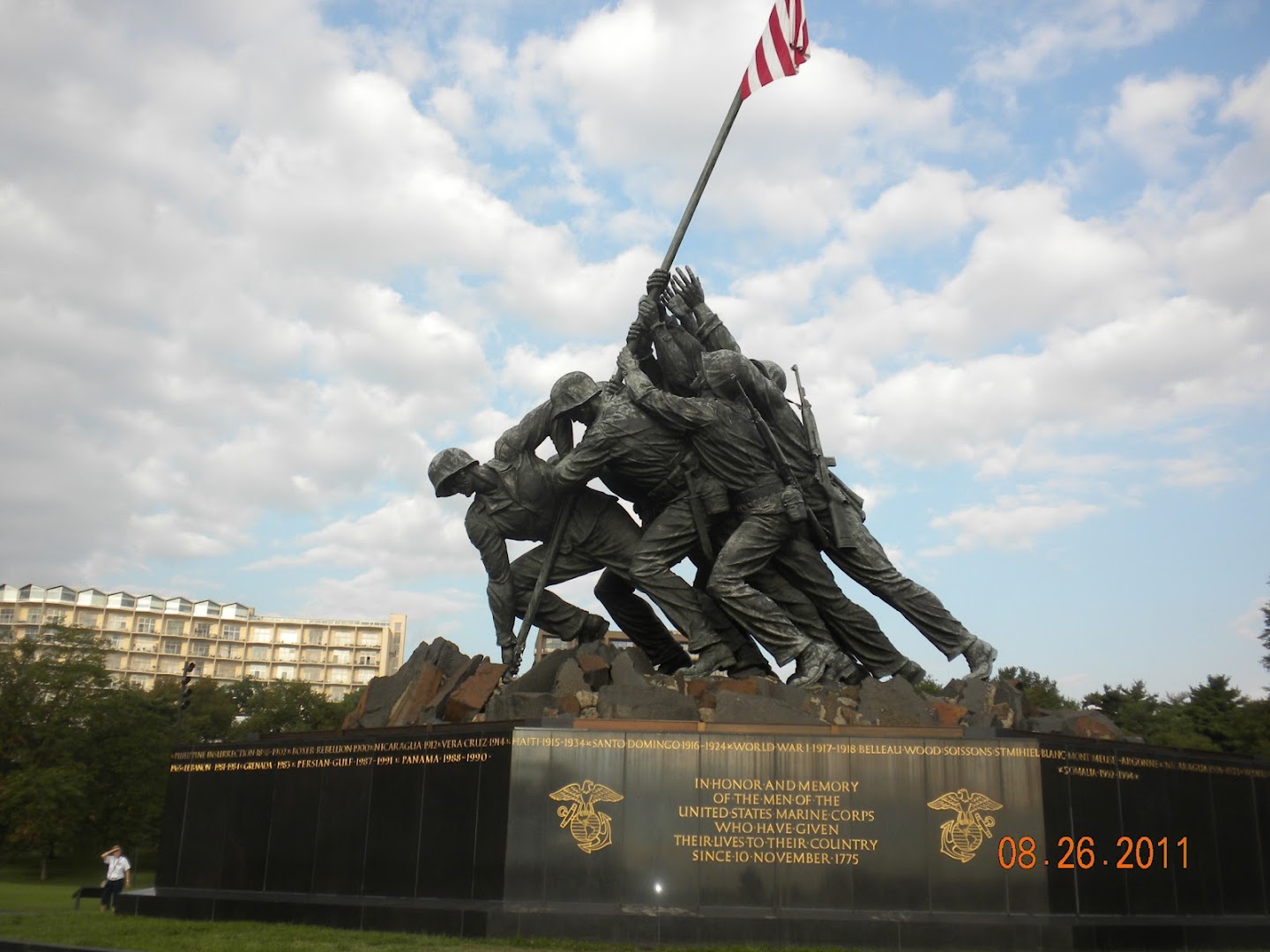 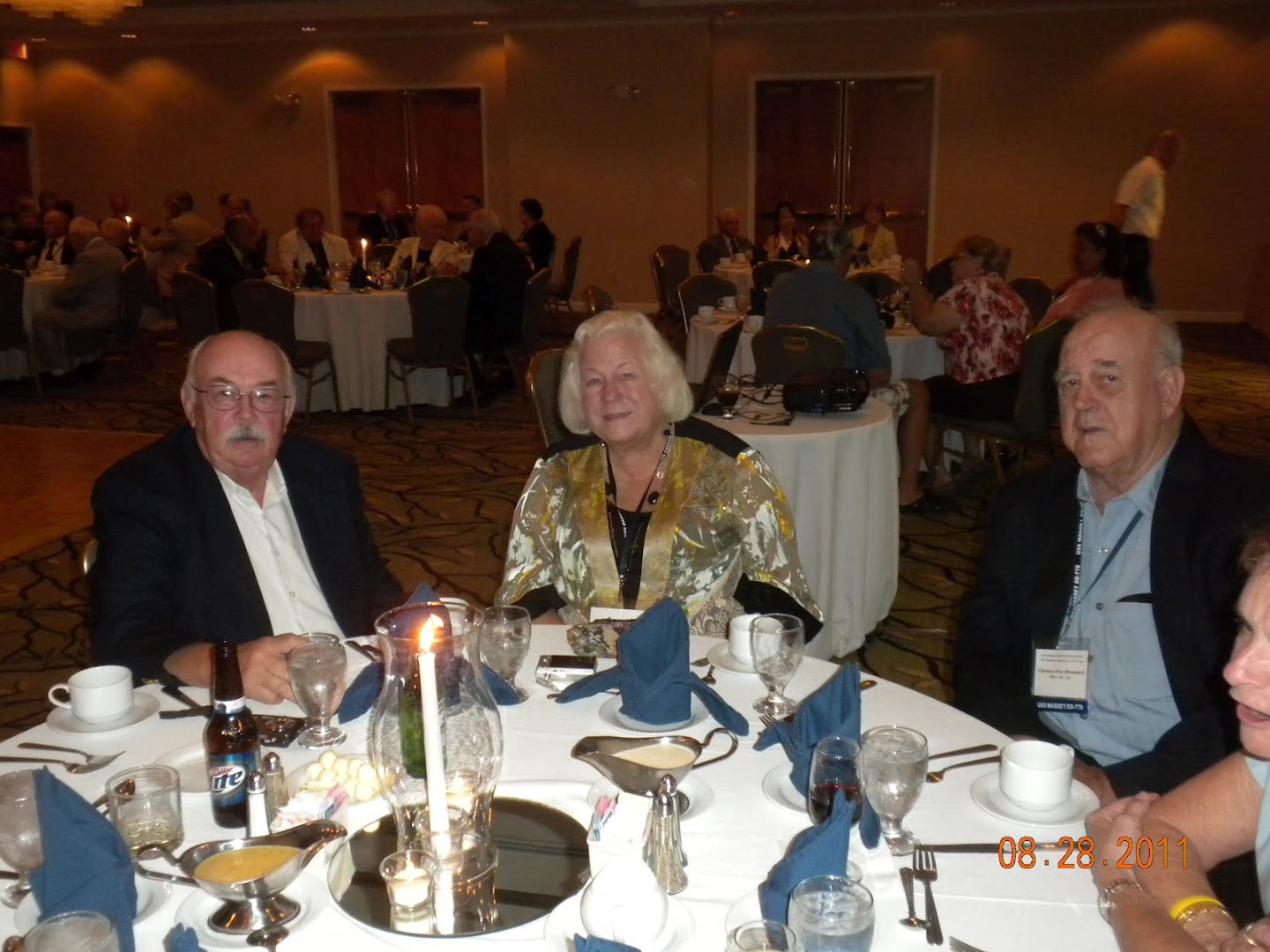 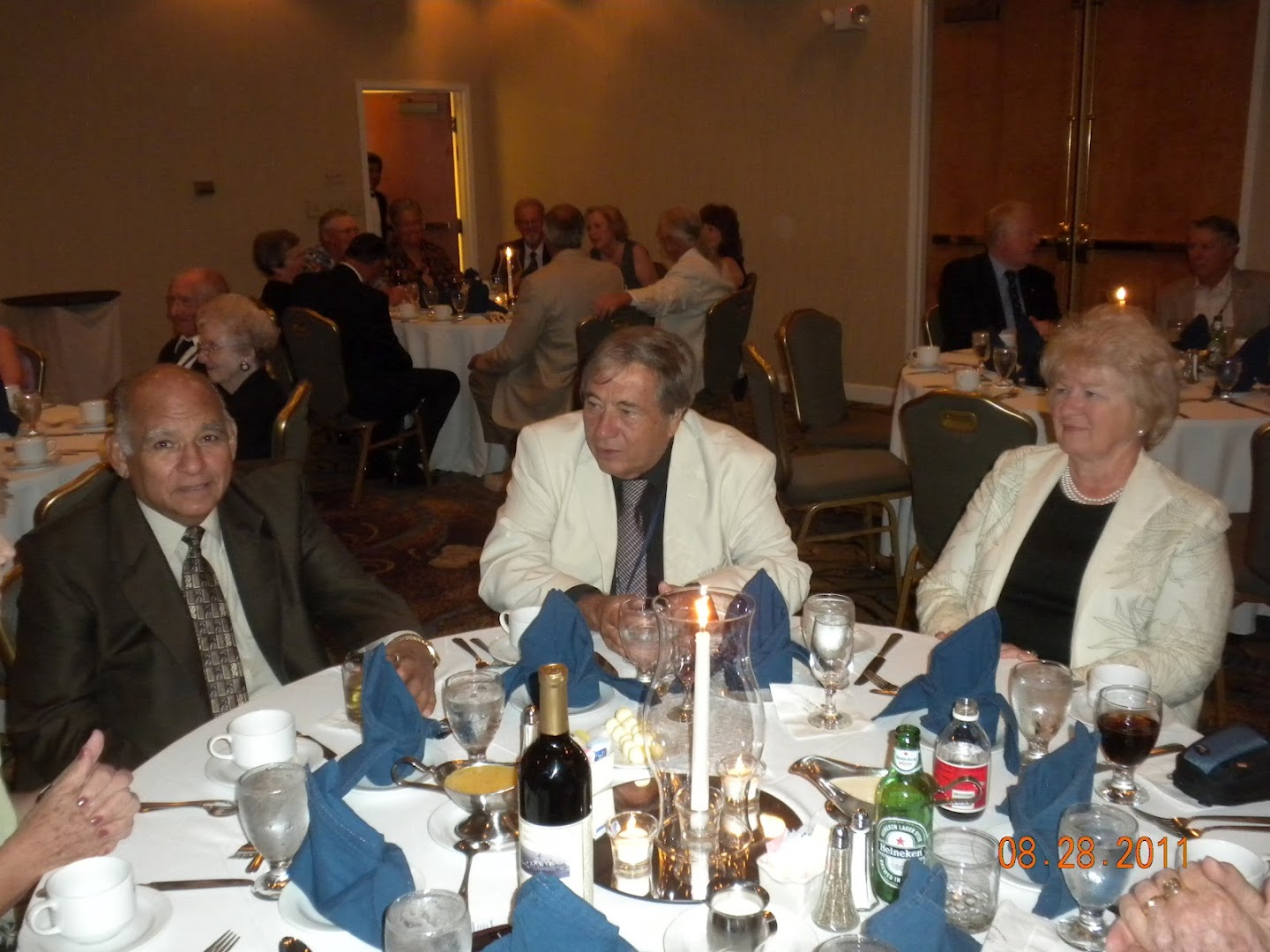 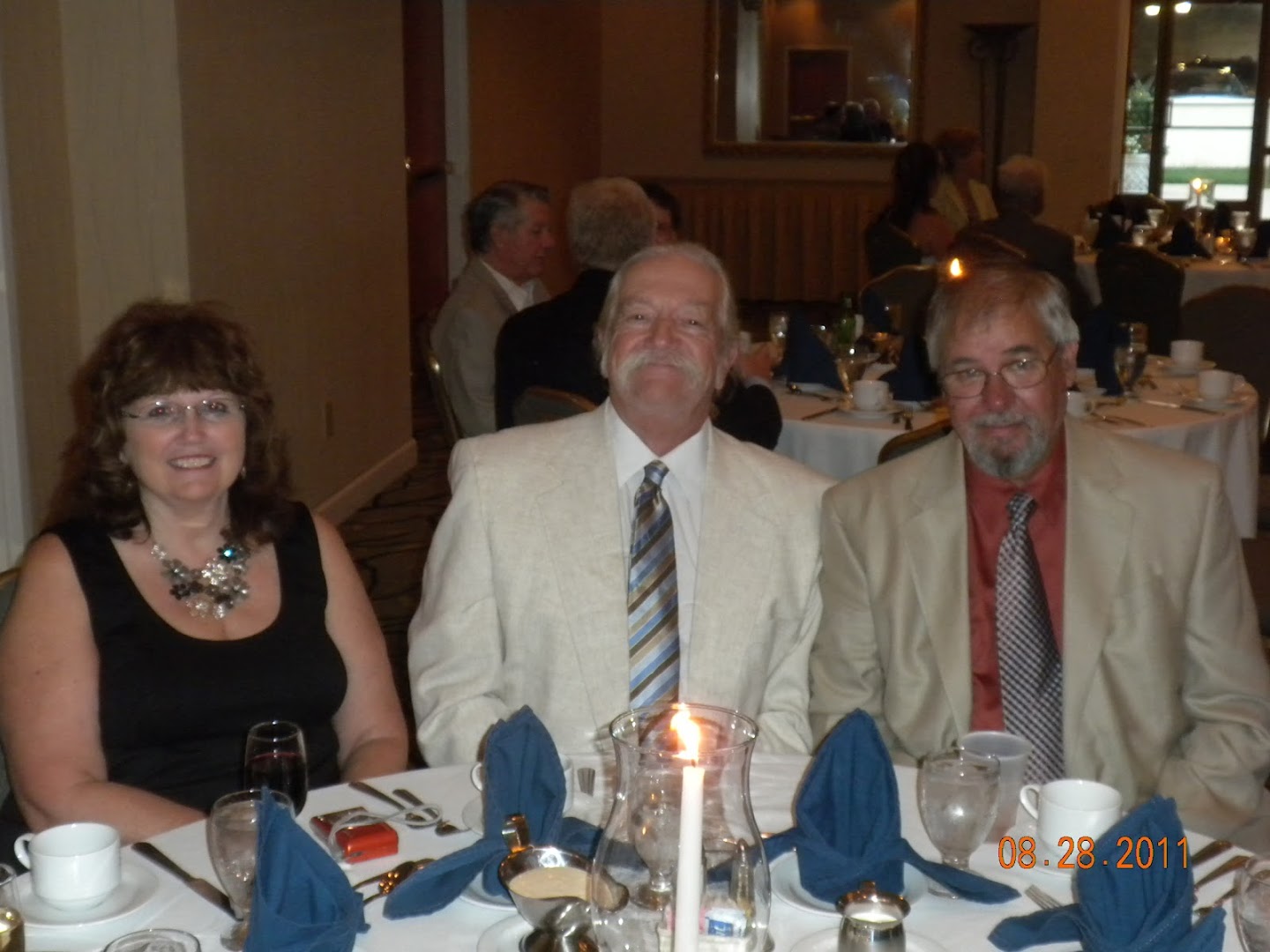 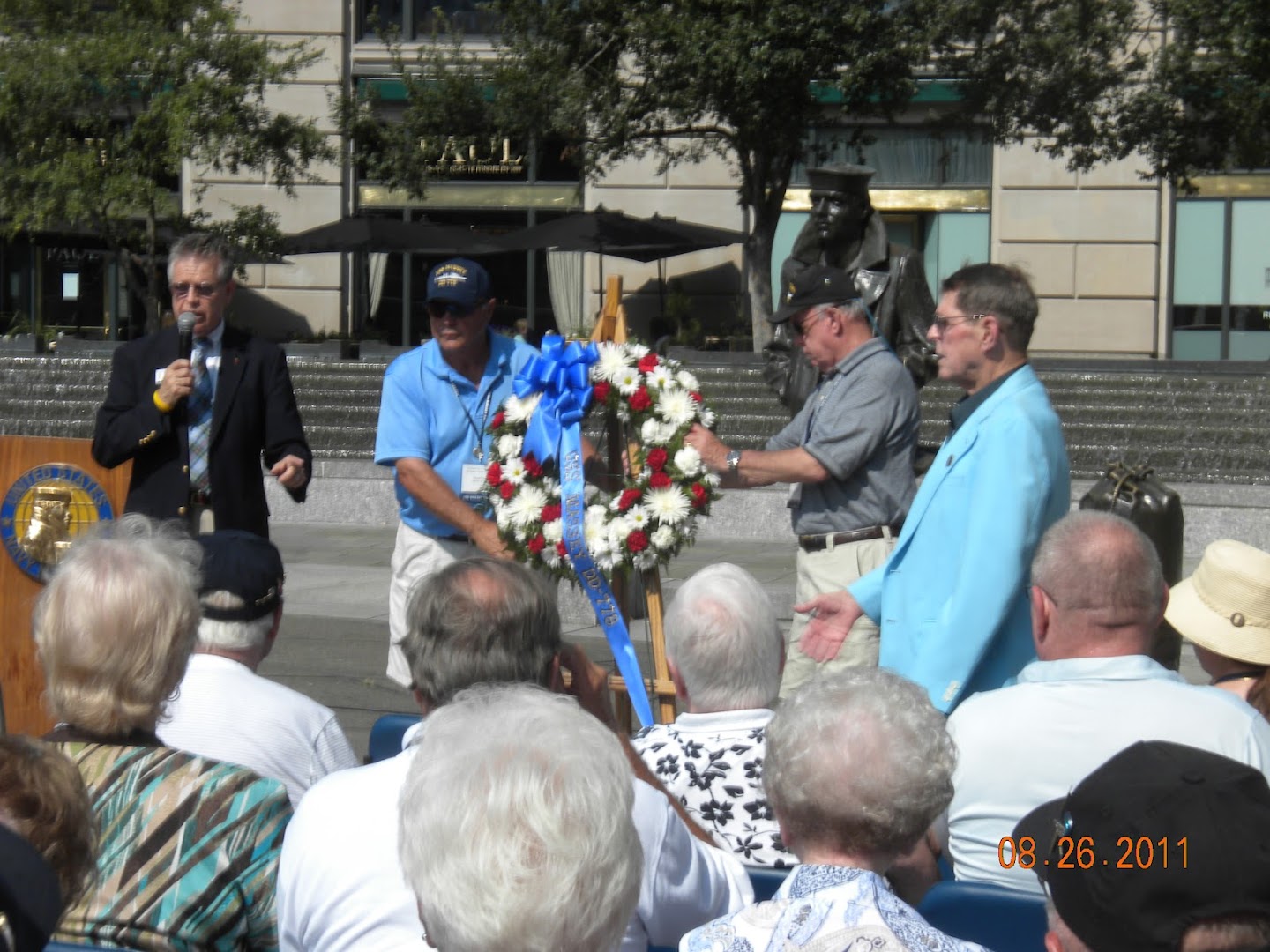 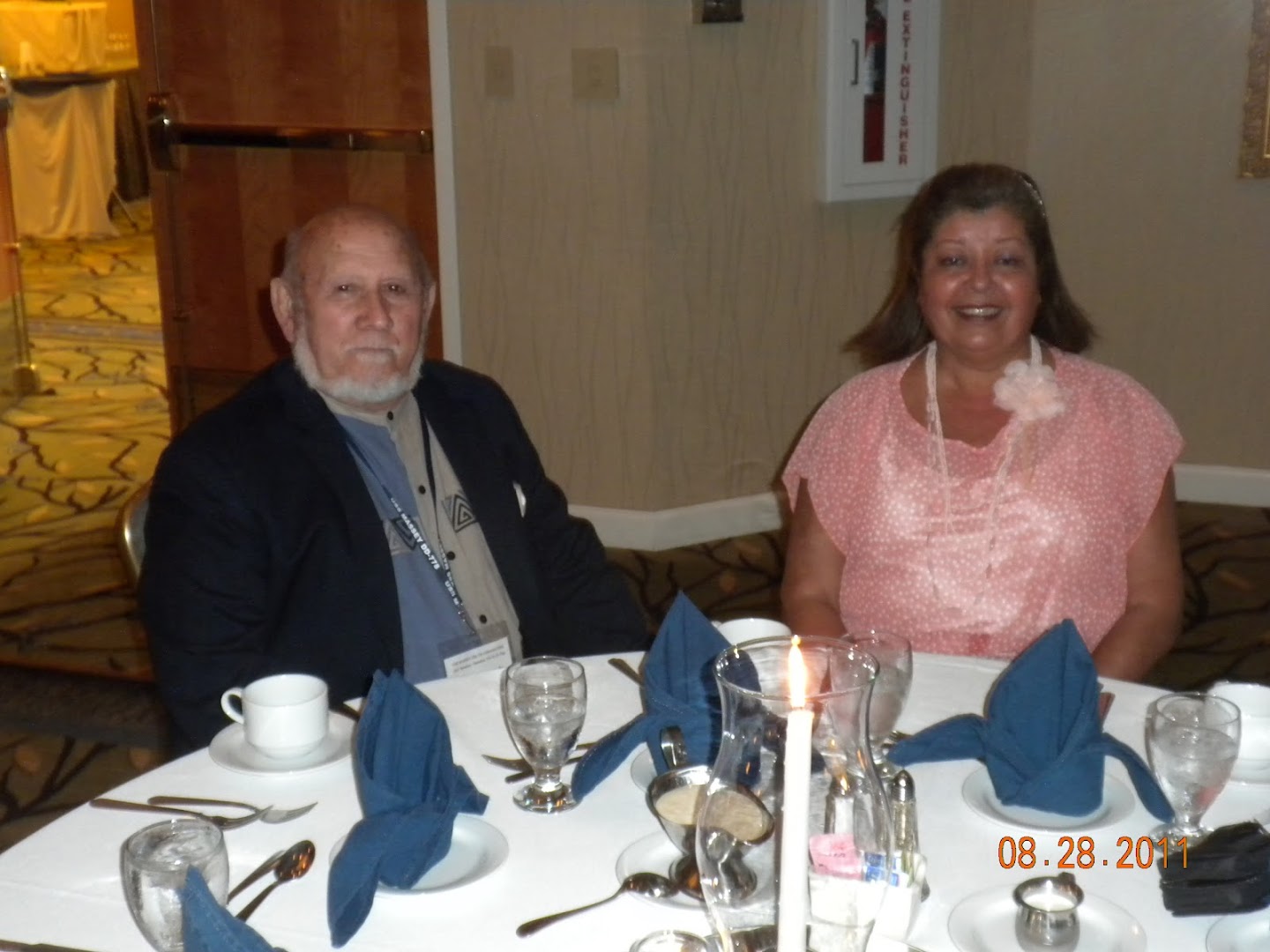 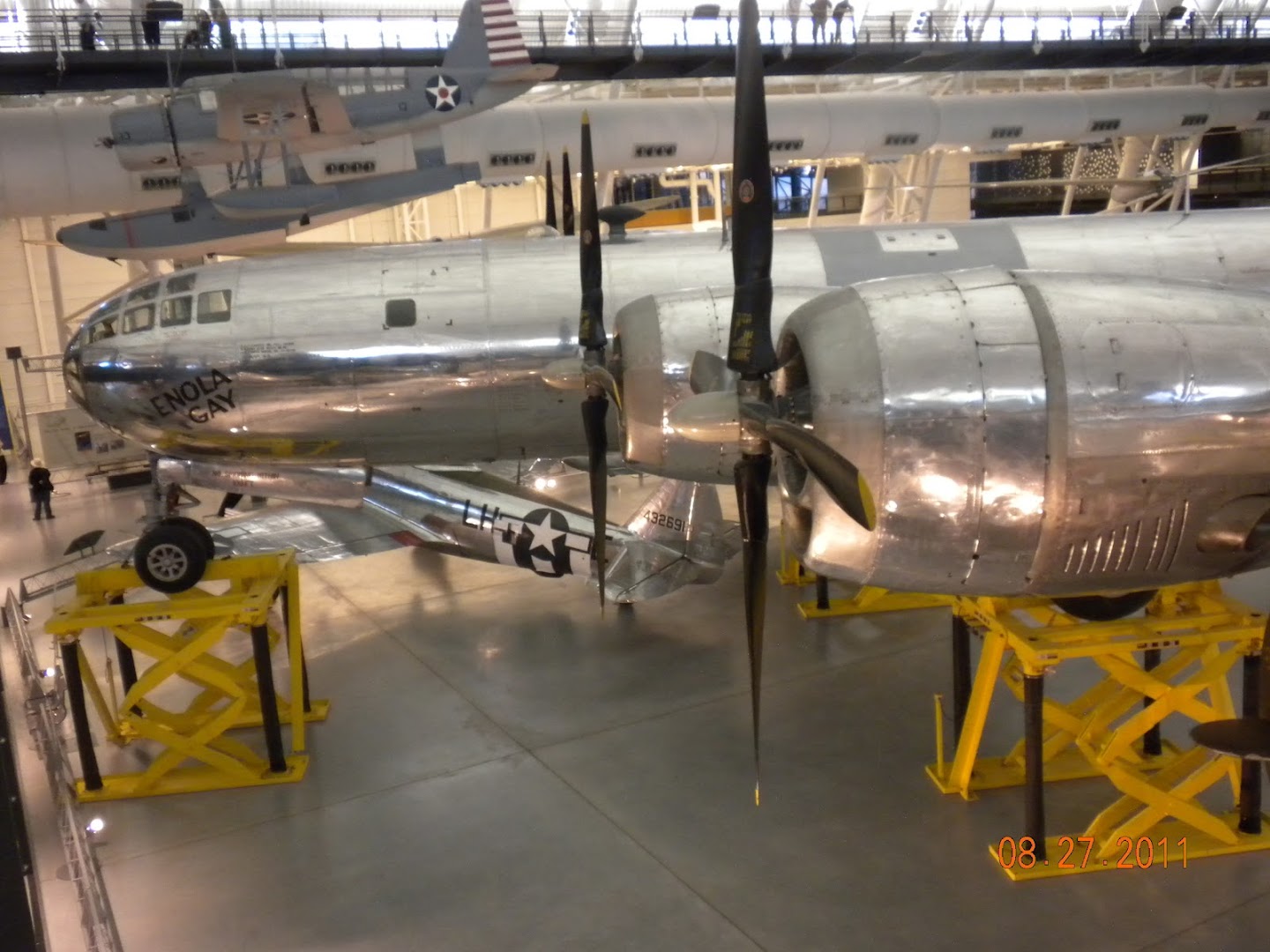 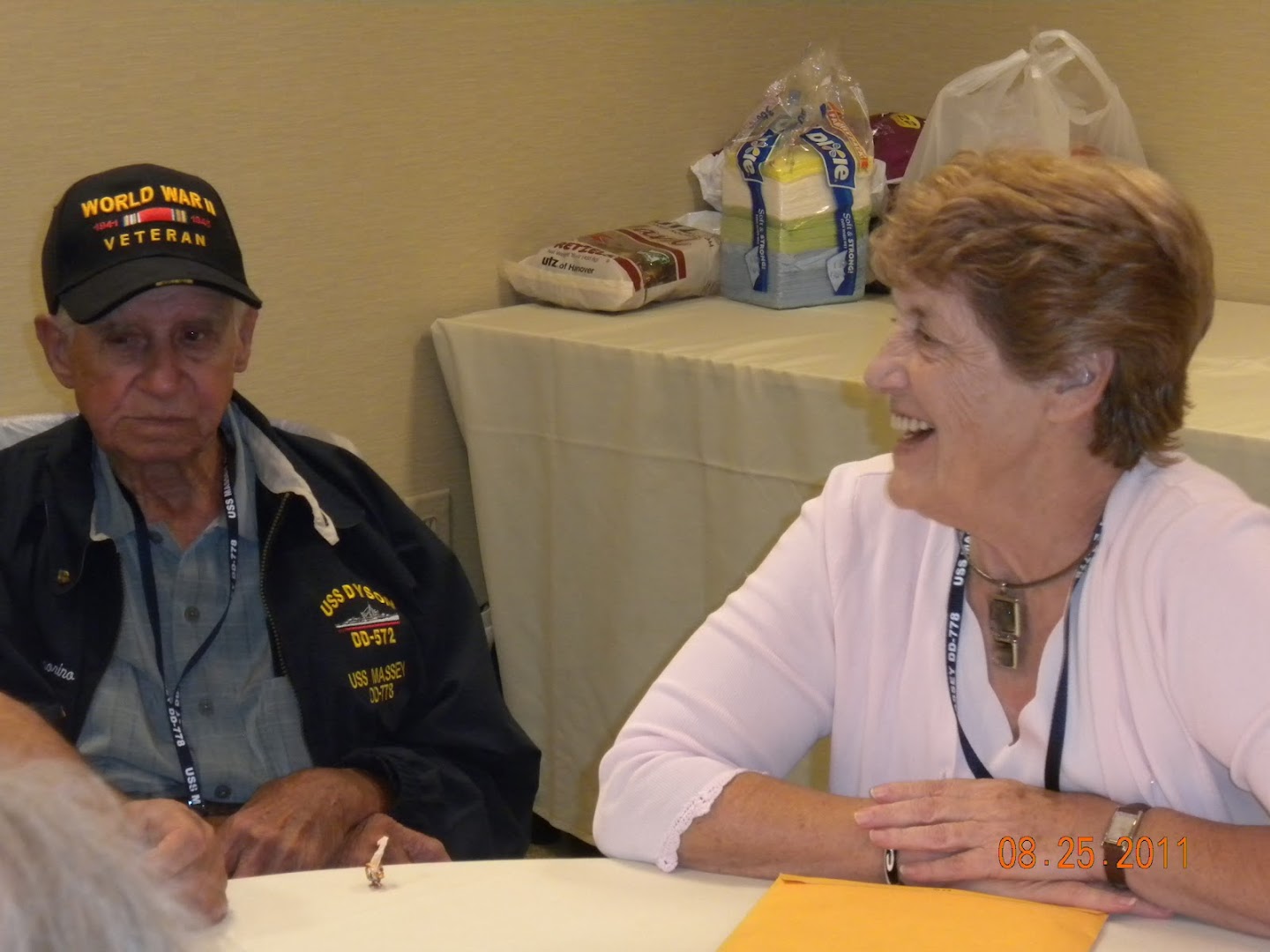 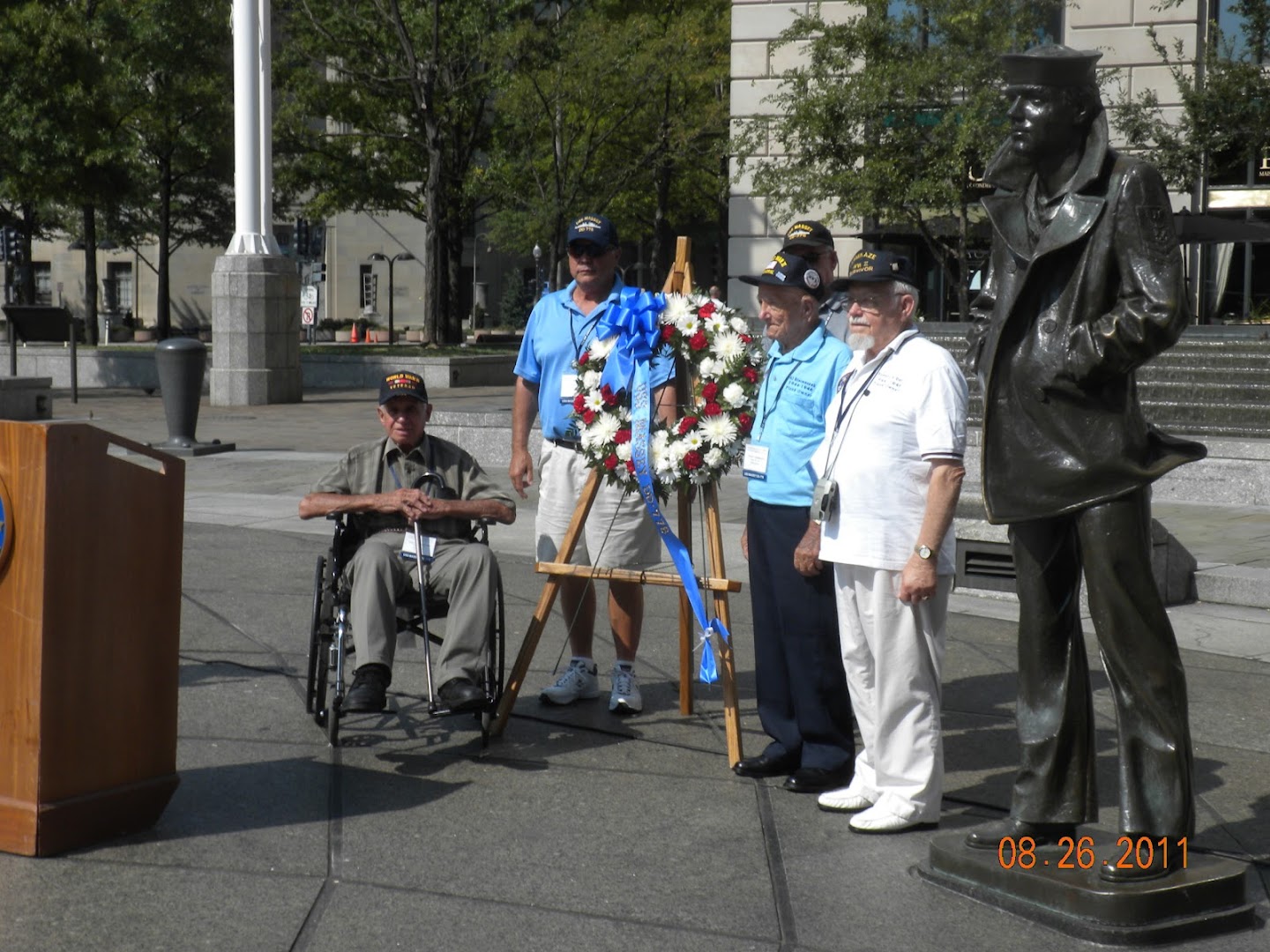 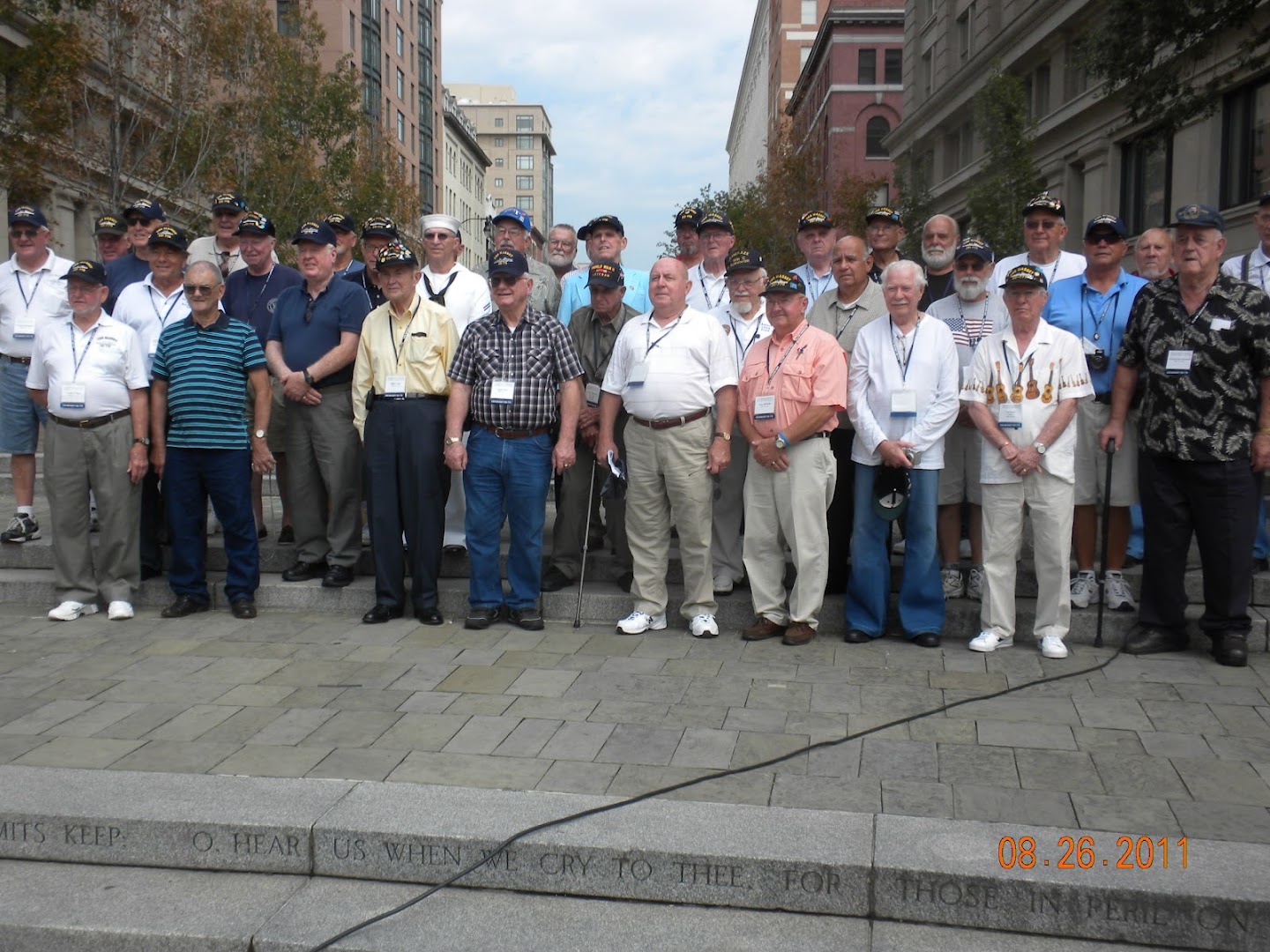 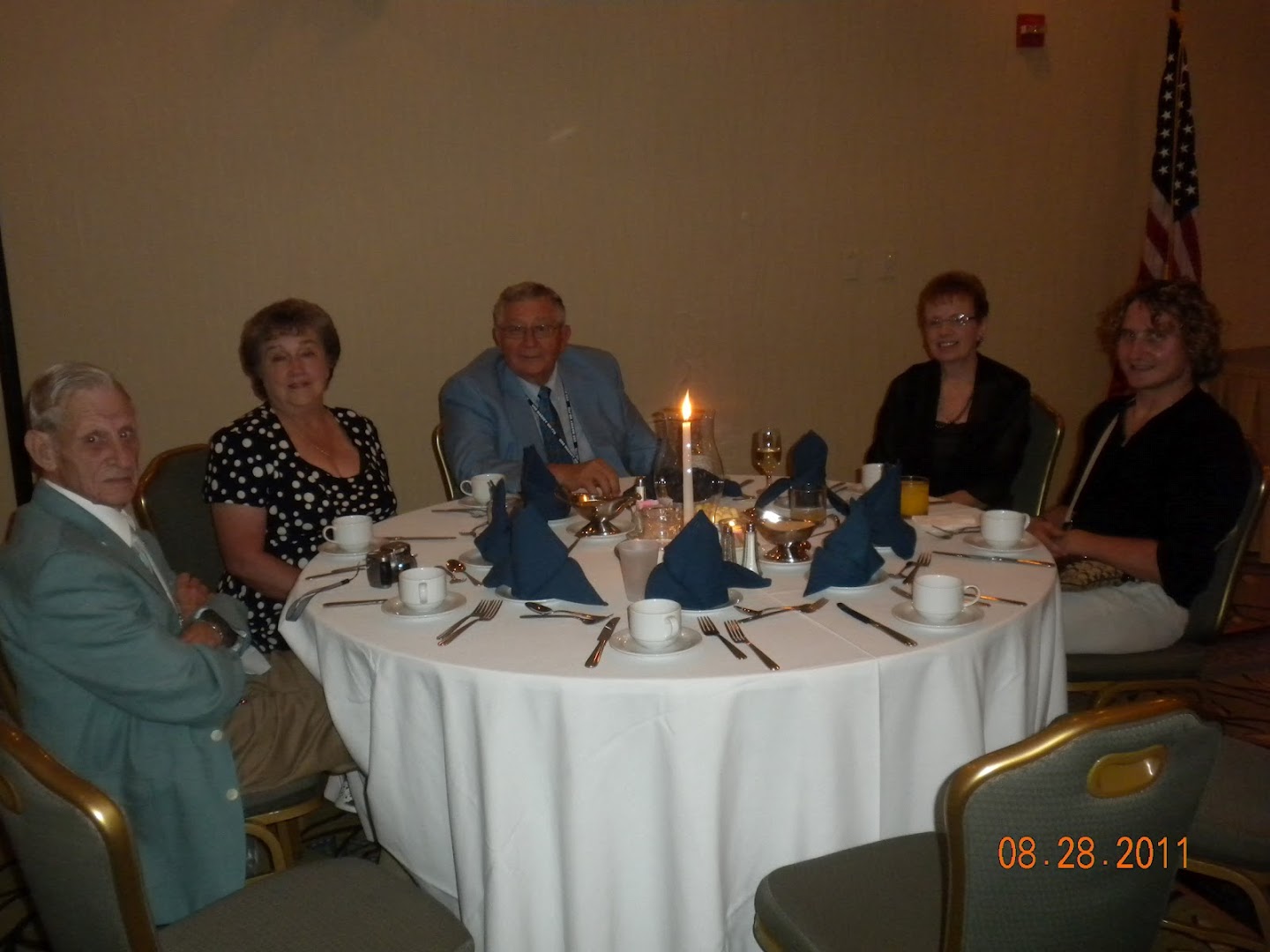 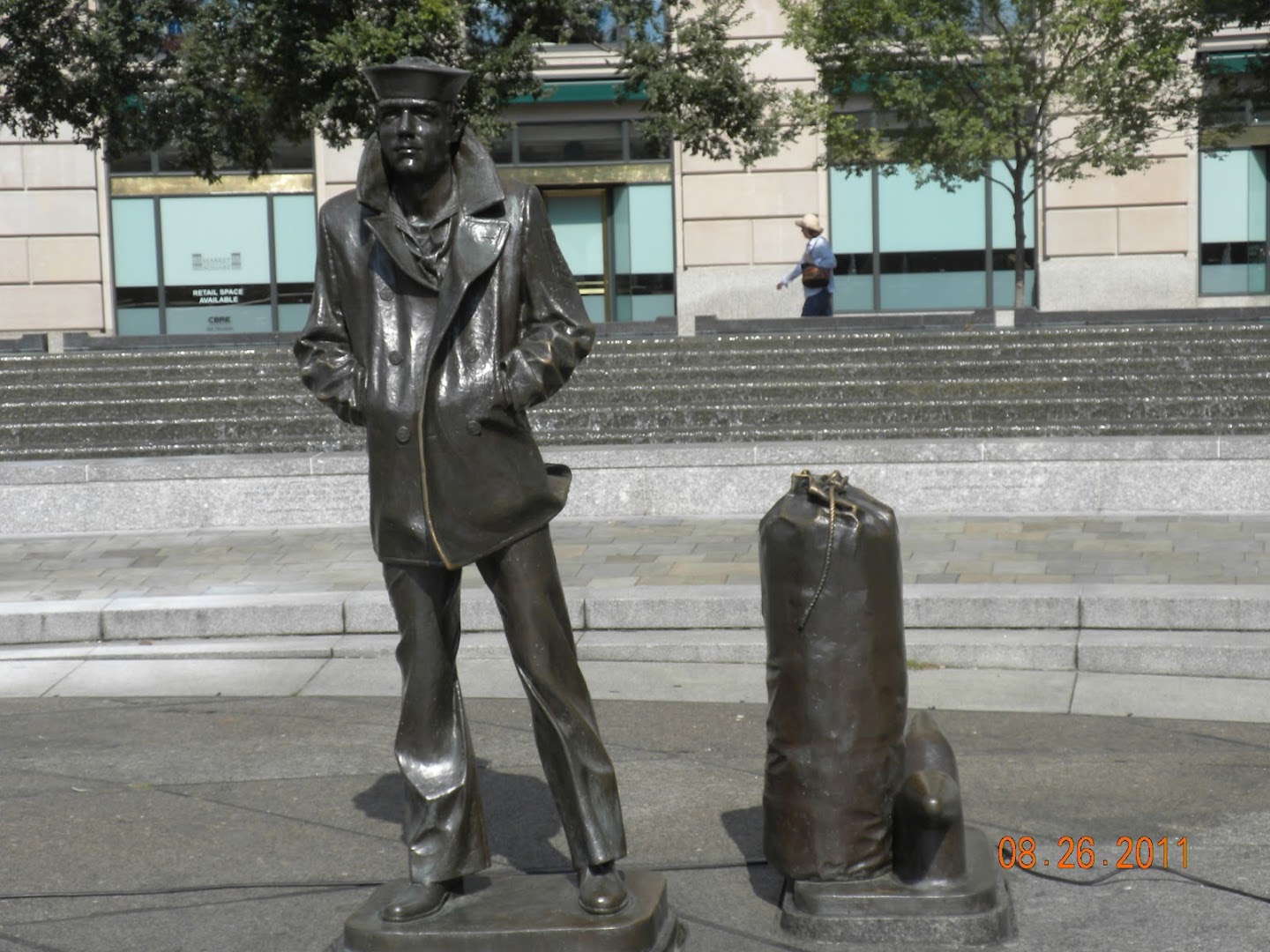 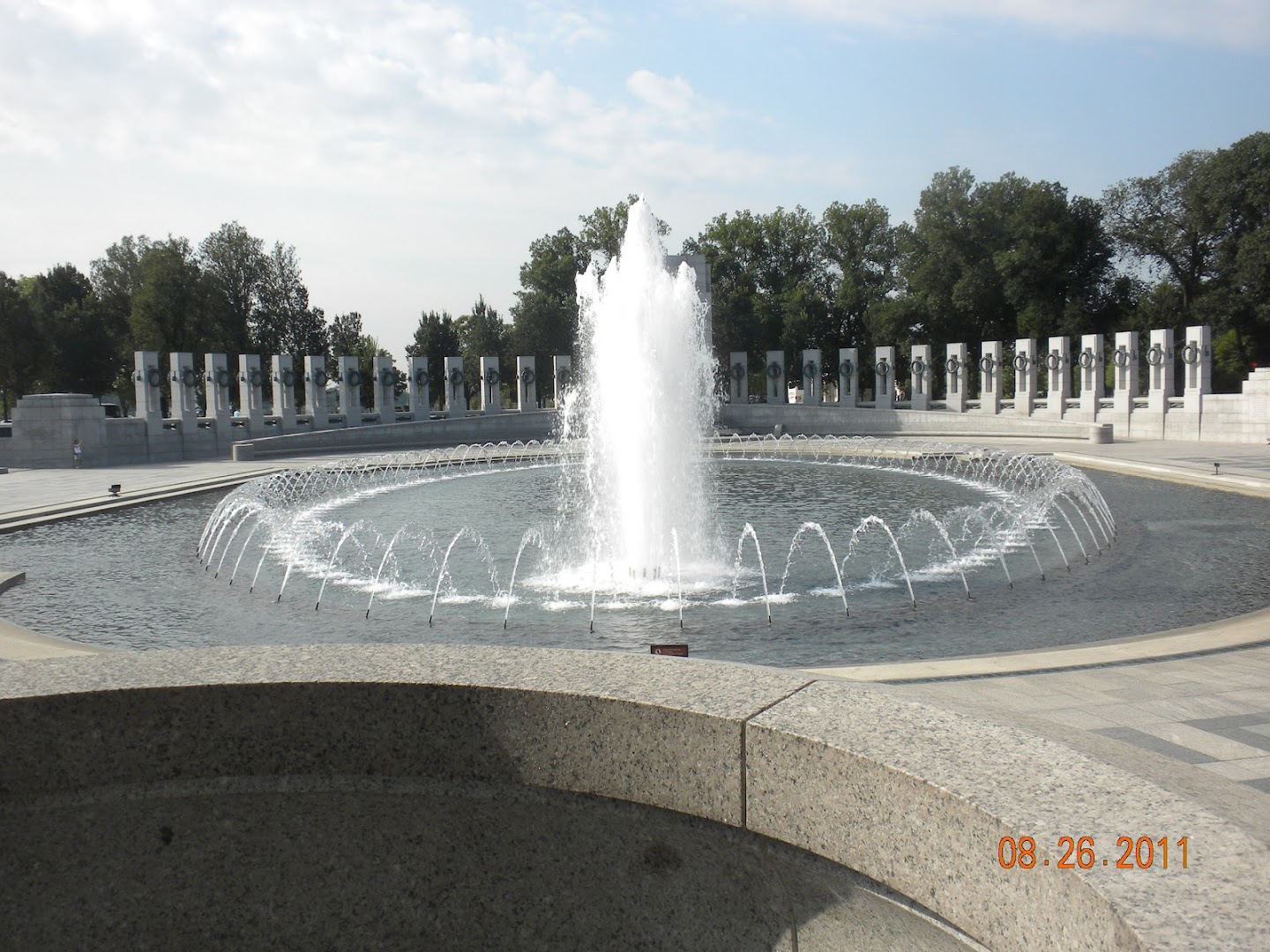 The 2011 MASSEY Reunion was hosted at the Crowne Plaza Dulles Airport Hotel, Herndon, VA August 25th – 29th, by Phil Smith, our perennial Reunion Coordinator.  This year proved to be a tumultuous get together to say the least.  Despite several earthquakes nearby in central Virginia and a hurricane bringing havoc to the Chesapeake Bay and Mid-Atlantic coast, a solid group of Old Salts turned out for the event.  The group count was 81 folks total including 40 shipmates.  Three Plank Owners from the MASSEY commissioning crew – Bob Doll (44-46), Al Stelmaszek (44-46), and John Signorino (44-45) – were with us.  We are always honored to have the Plank Owners present given it was they who breathed the life into the ship and created its lasting legacy to the Navy.  Three new shipmates also joined  us – Milton Larkin Jr (SA/54-55); Steve Graham (MM3/64-66); and Jay Ferguson (SH3/59-63).  It is always a pleasure to have new shipmates at a reunion and we hope that we can find and attract other first time shipmates to join us next year in Indianapolis.

Thursday – The “Washington Reunion” kicked off Thursday PM with “Check In” at the Crowne Plaza hospitality room.  A gala time was had by all in the hospitality room with Plank Owner MMC Bob Doll and friend Gwen Hanlin entertaining us with their music to go along with the never ending/always growing sea stories.

Friday – Early morning saw some serious “frog herding” to get busses loaded and off to visiting the Iwo Jima and World War II Memorials. The next stop was the Naval Museum & Heritage Center where our Plank Owners present assisted in a beautiful, solemn memorial service.  A wreath was laid at the statue of the Lone Sailor, surrounded by water from the seven seas.  Next on the itinerary was a brief photo-op stop at the White House; then, on to Phillips Seafood Restaurant for their fabulous buffet. After lunch, we visited the Holocaust Museum. After a long day, the group returned to our hotel.

Saturday –  Hurricane Irene was still with us but thankfully with only moderate winds and rain!  Not to be denied, the MASSEY crew visited the National Firearms Museum, the American Science & History Museum and lastly, the Udvar-Hazy Air & Space Museum.  During the tours, we were fortunate to have very knowledgeable tour guides who did an excellent job pointing out and providing the historical aspects of many significant sites along our routes.  Despite a few aching knees and backs, the crew returned to the hotel for dinner and another fun night in the hospitality room.  You just can’t beat those sea stories!

Sunday – On the docket for the day was the annual business meeting with Vice President Tom Norman filling in for the Association President who was UA… something about his house floating away on the Eastern Shore of Virginia. The highlights of the business meeting beyond the usual officer and committee reports follow:

On the future reunion front, it was announced that John & Judy Curtis are hosting the 2012 reunion in Indianapolis, IN with the dates set for October 11-15, 2012. Though not present, John provided a report on the 2012 reunion details to date.  Steve Jordan withdrew Portland, ME as the site of the 2013 reunion and resubmitted it as the site for the 2014 reunion.  John Bertram stepped forward to fill the gap and volunteered to host the 2013 reunion in Philadelphia, PA, probably in September with the motion made, seconded, and carried.  The reunion train just keeps rolling on!

The Sunday night banquet kicked off with cocktails at 1800 followed by an excellent dinner. We were very fortunate to have as our guest speaker, CDR Jerry Olin, CO USS INDEPENDENCE LCS-2, the second ship of the new Littoral Combat Ship (LCS) Class.  It was a double barrel Navy night with CDR Olin’s wife, LCDR Abby Olin (recently screened for command at sea), also with us.  CDR Olin gave a very encompassing brief on the new LCS Class and his ship’s operations.  We heard many nice comments about our Navy couple guests, particularly how both Jerry and Abby greeted every member and answered many questions about this class ship.  Capping off a special night, the MASSEY crew was treated to some excellent music to dance to by the group DC-3.

Monday AM was the usual departing breakfast, saying goodbyes, and well wishing that all present will muster again in October 2012 in Indianapolis, IN for the 11-15 October reunion to be hosted by John and Judy Curtis.  Be safe until then.