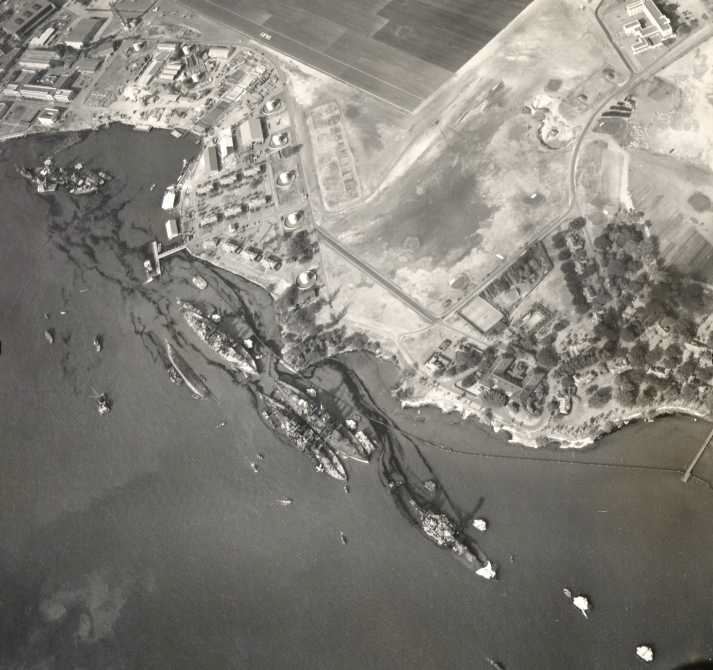 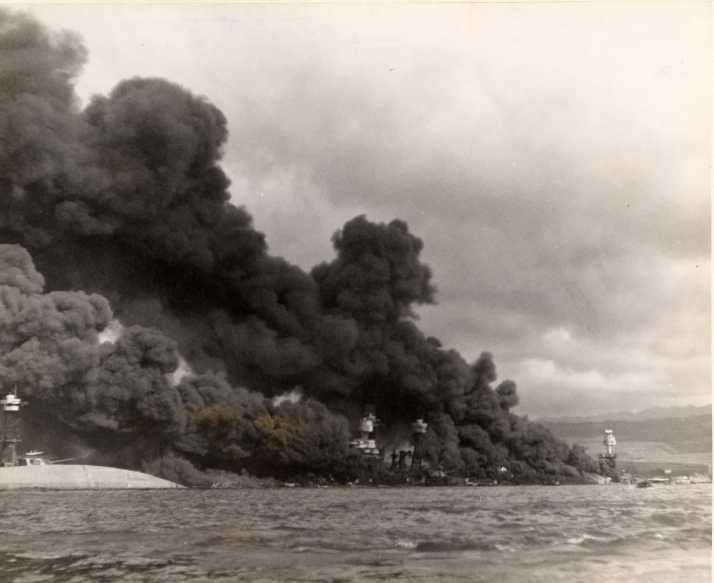 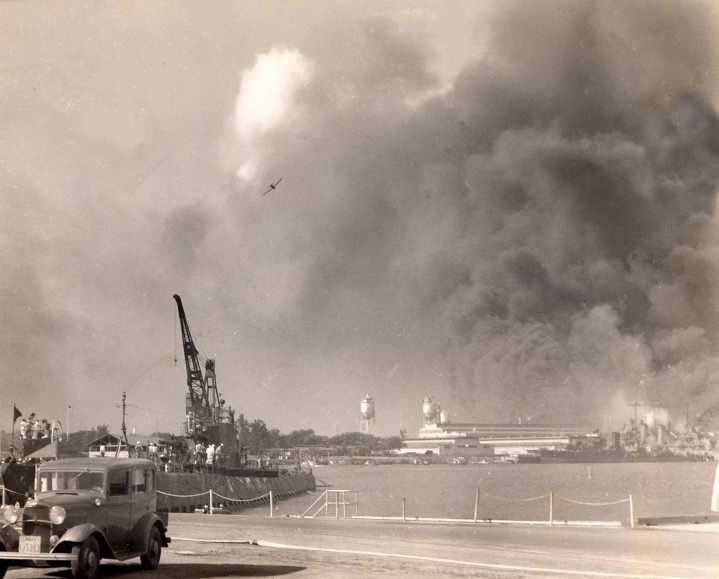 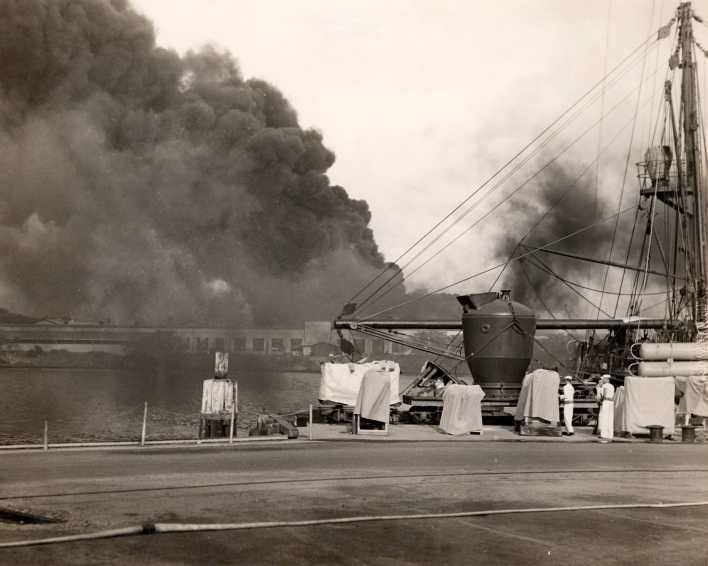 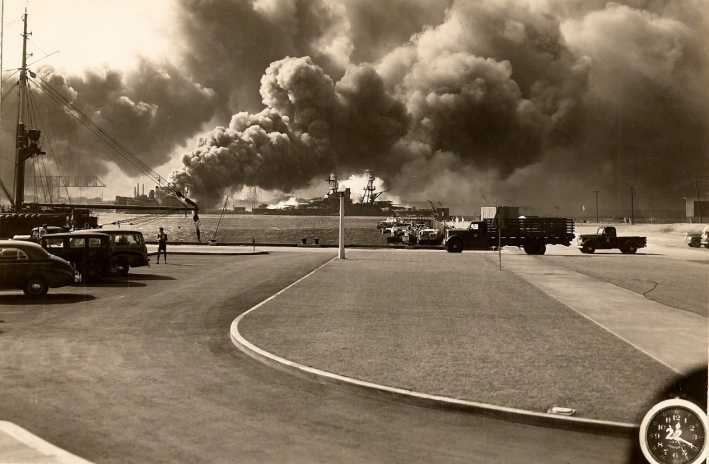 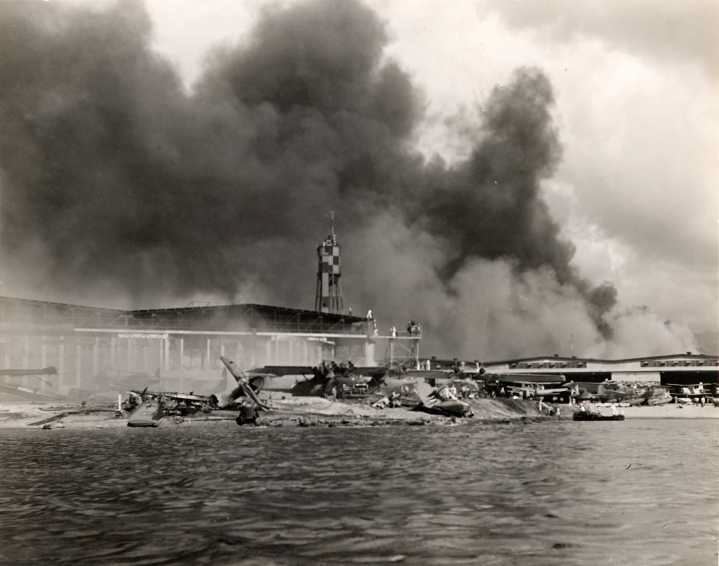 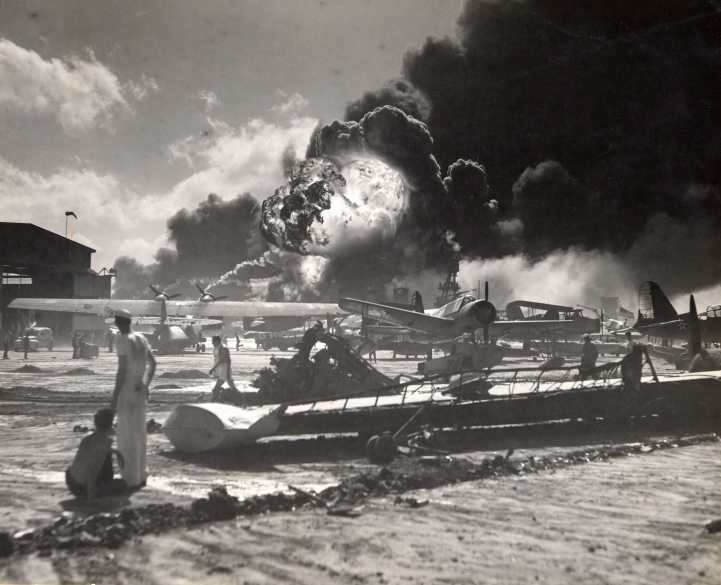 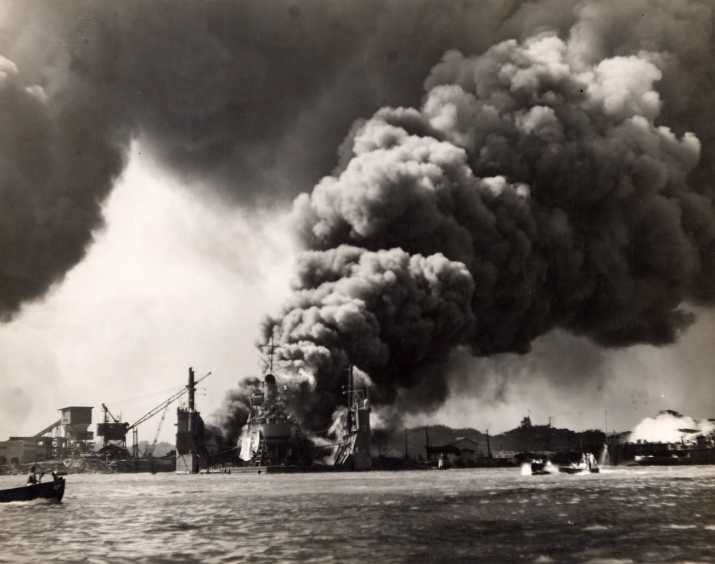 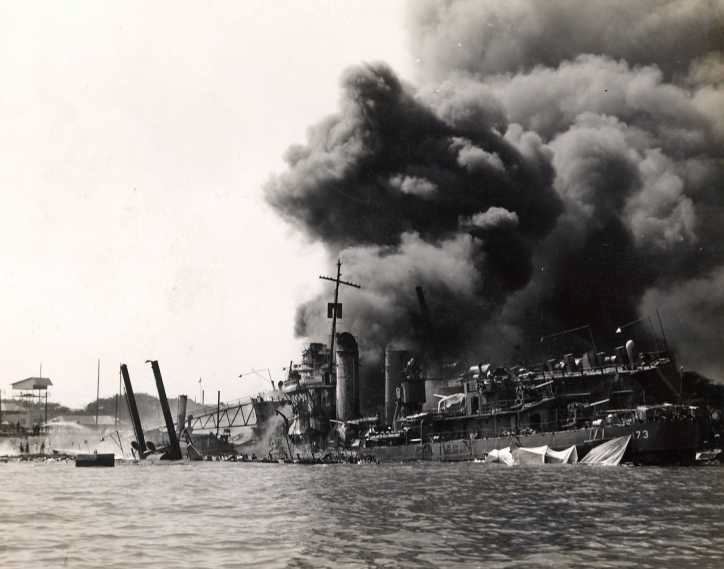 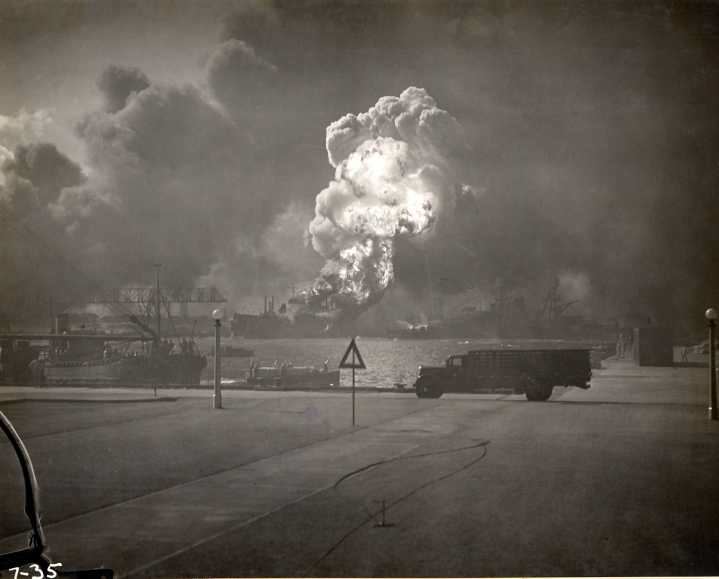 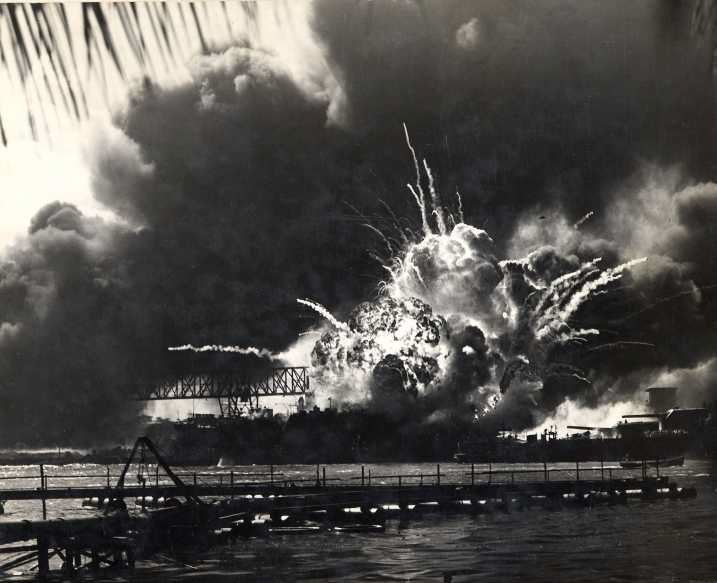 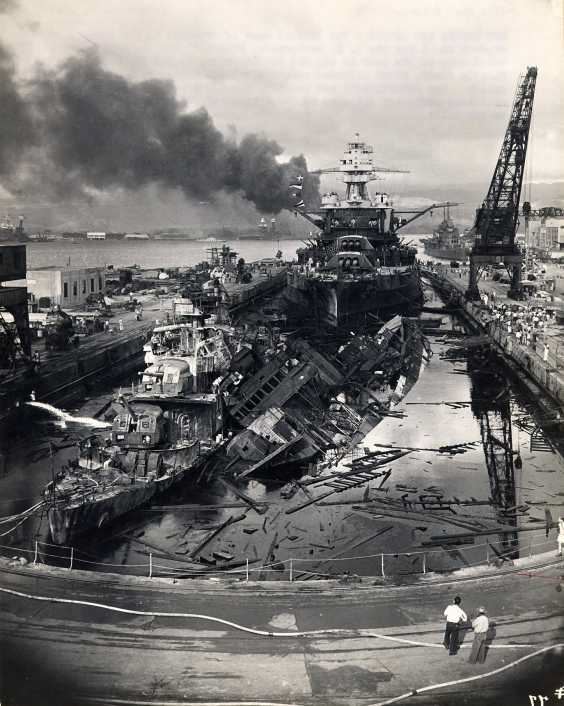 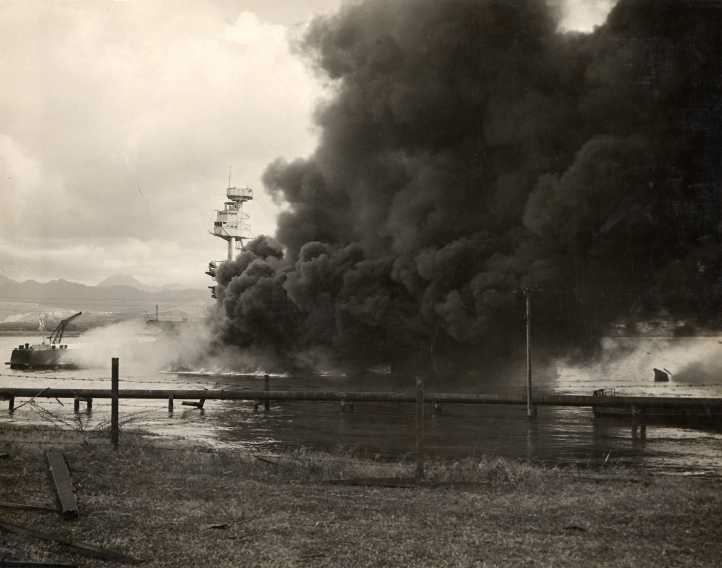 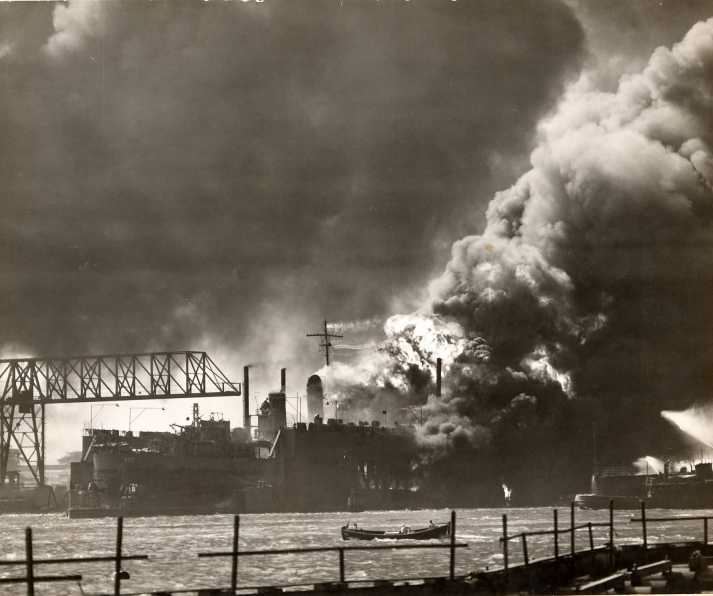 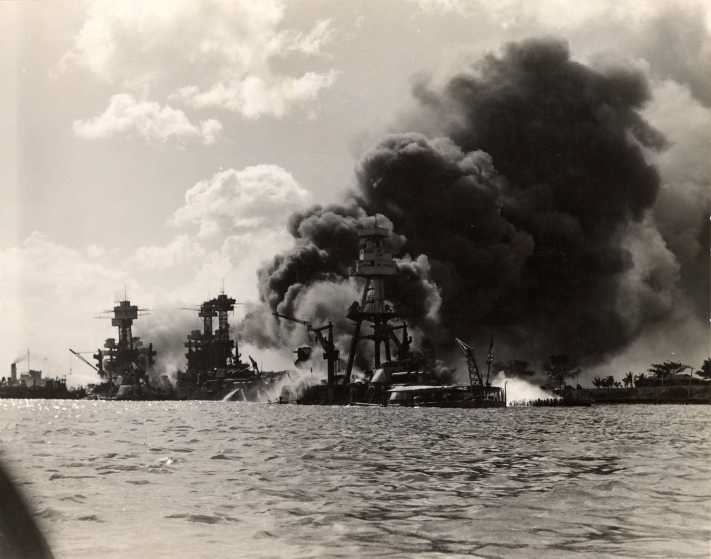 On Sunday, December 7th, 1941 the Japanese launched a surprise attack against the U.S. Forces stationed at Pearl Harbor, Hawaii. By planning his attack on a Sunday, the Japanese commander Admiral Nagumo, hoped to catch the entire fleet in port. As luck would have it, the Aircraft Carriers and one of the Battleships were not in port. (The USS Enterprise was returning from Wake Island, where it had just delivered some aircraft. The USS Lexington was ferrying aircraft to Midway, and the USS Saratoga and USS Colorado were undergoing repairs in the United States.)

In spite of the latest intelligence reports about the missing aircraft carriers (his most important targets), Admiral Nagumo decided to continue the attack with his force of six carriers and 423 aircraft. At a range of 230 miles north of Oahu, he launched the first wave of a two-wave attack. Beginning at 0600 hours his first wave consisted of 183 fighters and torpedo bombers which struck at the fleet in Pearl Harbor and the airfields in Hickam, Kaneoheand Ewa. The second strike, launched at 0715 hours, consisted of 167 aircraft, which again struck at the same targets. At 0753 hours the first wave consisting of 40 Nakajima B5N2 “Kate” torpedo bombers, 51 Aichi D3A1 “Val” dive bombers, 50 high altitude bombers and 43 Zeros struck airfields and Pearl Harbor. Within the next hour, the second wave arrived and continued the attack.

When it was over, the U.S. losses were:

USS Oklahoma (BB-37) – Total loss when she capsized and sunk in the harbor.