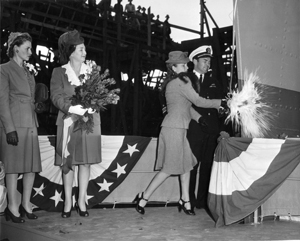 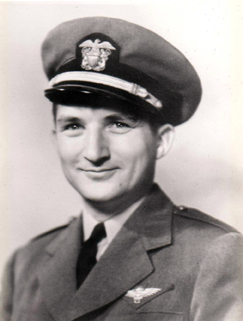 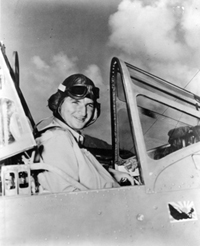 Lance E. Massey was born in Syracuse, New York on 20 September 1909; the only child of Walter Griffith Massey and Florence Lance Massey. He was raised in Watertown, New York, which had been founded by his great great grandfather, Hart Massey, in 1800. After two years of high school in Watertown, he entered Severn School in Severna Park, Maryland in the Fall of 1925. Graduating from Severn in 1926, he entered the U.S. Naval Academy at the age of sixteen.

Four years later he graduated from the Naval Academy with the Class of 1930, was commissioned an Ensign, and assigned to the battleship USS Texas. In 1931 he entered flight training in Pensacola, Florida earning his Naval Aviator wings of gold in January 1932. For the next three years he was assigned to Scouting Squadron 3 aboard the aircraft carrier USS Lexington and as ship’s company on Lexington. There followed a two-year tour in Pensacola, Florida as a Flight Instructor. It was during this period that he married Marjorie Drake Kelsey, widow of Lieutenant (junior grade) James Kelsey, USNA Class of 1931. In June 1937 Lt(jg) Massey reported to Observation Squadron 3 on the battleship USS New Mexico out of Long Beach, California. He was promoted to Lieutenant in August 1937. His squadron was transferred to the battleship USS Idaho in January 1940 where he remained until July when he was reassigned to Pensacola, Florida. In October 1941 he became the Executive Officer of Torpedo Squadron 6 on USS Enterprise and was in this squadron when the United States entered the war against Japan.

In January 1942, he was appointed Lieutenant Commander. The next seven months were extremely critical for the U.S. Navy carrier forces in the Pacific. Lance Massey participated in several major events of that period. On 1 February 1942, he led a group of 9 torpedo planes in the first airborne torpedo attack executed by the U.S. Navy. This action against Japanese surface vessels at Kwajalein Atoll, Marshall Islands resulted in his sinking of an 18,00 ton Japanese transport. For this action he was awarded the Distinguished Flying Cross. The following month USS Enterprise and embarked airwing escorted the USS Hornet for General Doolittle’s famous bombing raid on Tokyo, Japan. He took command of Torpedo Squadron 3 on 14 April 1942. In June his squadron was aboard USS Yorktown at the Battle of Midway. It was during this pivotal battle that he lost his life leading his squadron in an attack on the Japanese carrier forces. His squadron lost 10 of 12 aircraft in the attack. Lieutenant Commander Massey was awarded the Navy Cross for his part in the destruction of the Japanese force.

Lance E. Massey had two sons, Lance Bradford Massey (born 21 September 1936) and Walter Drake Massey (born 14 December 1937); both whom graduated from Severn School. Lance B. Massey graduated from the U.S. Naval Academy in 1958 and retired as a Commander in 1984.