The 2014 reunion was held in South Portland, Maine at the Doubletree Hotel September 18th thru 22nd. The event was hosted by Connie and Steve Jordan RD2, 61-64, who did a magnificent job at caring for our 47 Shipmates and 37 Guests. 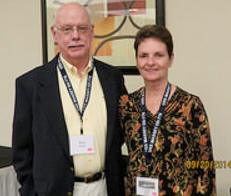 The schedule of events below was both fun & educational and was flawlessly handled by our hosts.

Friday, 19 September: A complimentary breakfast in the hospitality room started the day off. The Association Executive Committee (EXCOMM) met early with a quorum present. The highlights of discussion included agreement that the Association bylaws were in good order; a Long Range Plan is needed to address downstream dissolution of the organization and distribution of its fiscal assets; an audit by a registered CPA found the MASSEY bank accounts (2) with Wells Fargo were in good condition with no issues discovered during the audit; the $200.00 donation to the Wounded Warriors in the name of Jerry Goodson had been made as previously approved; and Gordon Risk agreed to follow up on the historic log copying expenditures incurred by Jack Zagaros to ensure no expense to Jack. Under new business, the EXCOMM agreed to pursue Nashville as the 2015 site. Phil Smith agreed to be the site coordinator. The need to systematically burn down the association bank account was discussed. As agreed at the last membership business meeting, the breakfast cost at Portland was paid for with association funds to start the reduction process. Reunion site coordinators need to advise the EXCOMM on potential items for payment using association funds. The EXCOMM will make the final decision on what reunion activity items will be subsidized or directly paid for using association funds. Lastly The EXCOMM agreed to stress that members planning to be at the next reunion make both hotel reservation and activity registration commitments early since both are reimbursable if the attendee needs to cancel out.

On the schedule of events front, the theme for Friday was Maine’s “Oldest and Newest Ships”, Virginia and ZUMWALT DDG1000. At 0830 we boarded buses for Bath to visit the building site of the “Virginia” replica that was built by the Popham Colony in the 1600s. From there we went to Maine Maritime Museum (MMM) for a tour of the museum and Bath Iron Works (BIW), builder of the ZUMWALT DDG 1000. Lunch was provided at the museum.

Our Memorial Service with bell ringing on the MMM dock was held after lunch to remember the passing of our Shipmates since the last reunion:

Saturday, 20 September: Complimentary breakfast again started off the day. At 0830, we boarded buses for guided tour of Portland/lighthouses and Liberty Ship Memorial. The next stop was at the Freeport outlet shops and L.L. Bean. Lunch was on our own. At 1430, we departed Freeport for Portland arriving at hotel at 1500. Hospitality room was open for business.

USS MASSEY Association members present met at 1545, 20 September 2014 for the annual business meeting in accordance with the association bylaws. The EXCOMM presented its agenda for association discussion. A quorum of EXCOMM members was present with the exception of Don Heenan, Treasurer.

Dick Pearsall opened the meeting thanking Steve & Connie Jordan, the reunion hosts, for developing and coordinating a superb schedule of events for the association. Dick also acknowledged first time MASSEY attendees, Tom & Susan Hartman from Arizona; Don & JoAnne Wirt from Pennsylvania, and Les Clark from Arizona. All the first time attendees were on MASSEY in the 70s and were a most welcomed addition to the event.

The minutes of the 2013 reunion were read by Tom Norman and approved by the members. Dick Pearsall provided a synopsis of the Treasurer’s Report in Don Heenan’s absence and stated that the balance in both the association’s accounts  was more than sufficient to handle all pending expenses.  Bob Radziwon of the Membership Committee indicated that the membership roll was up to date. Under Old Business, Dick mentioned the approved $200 Wounded Warrior donation in Jerry Goodson’s name was completed and that the audit of the two Wells Fargo accounts was completed in August 2014 by the CPA firm of Carr, Riggs, & Ingram, LLC of Atlanta, GA with no discrepancies noted in the handling of association funds. Dick then reiterated the need for a Long Term Plan given the bank account balance growth of approximately $1,000 per year and the aging membership roll. Dick indicated that he will draft an amendment to the bylaws for membership approval at the next annual business meeting that will provide an orderly dissolution process.

Dick then passed around a framed printing plate of MASSEY’s silhouette that had been used to print official letterhead stationery. Dick passed along the background of how he purchased the plate on behalf of the association and proposed that we present the framed plate to the Massey family as a Christmas gift from the association. The proposal was met with unanimous approval.

The EXCOMM then solicited the membership’s comments on the flexible “3+1 day” venue that was implemented for the Portland reunion. Association members were asked if the association should consider maintaining this venue. The voice vote was unanimous to retain the “3+1 day” venue.

Lastly the EXCOMM presented the proposed slate for the 4 elected officer positions to serve the two year term 2015-2016. The slate nominated Gordon Risk for President; Phil “R” Smith, Vice President; Don Heenan, Treasurer; and Tom Norman, Secretary. A call for At Large nominations from the floor yielded no response. A motion from the floor was then made and seconded to accept the officer slate as proposed. The membership then voted unanimously to accept the slate as proposed with no dissenting votes cast. There being no further topics for discussion, the business meeting was adjourned at 1610.

The Association Banquet began with a cash bar cocktail hour from 1730 to 1830, followed by guest speaker Capt James Kirk, Prospective Commanding Officer of ZUMWALT, DDG 1000. Capt Kirk gave an excellent presentation on the capabilities of this new design destroyer. He also passed out sketches of ZUMWALT comparing statistics with USS MASSEY. It was an entertaining evening learning about our newest naval destroyer.

Sunday, 21 September: Complimentary breakfast again in the hospitality room from 0600 – 0900. Sunday was the “On Your Own/Plus+ Day”. Under this new concept, members could pick from a list of events/activities of interest. Dinner was on your own but a sign-up list was available for a lobster/seafood dinner at the nearby Weathervane Restaurant.

With a total of 47 Shipmates and 37 Guests here is the attendee breakdown: